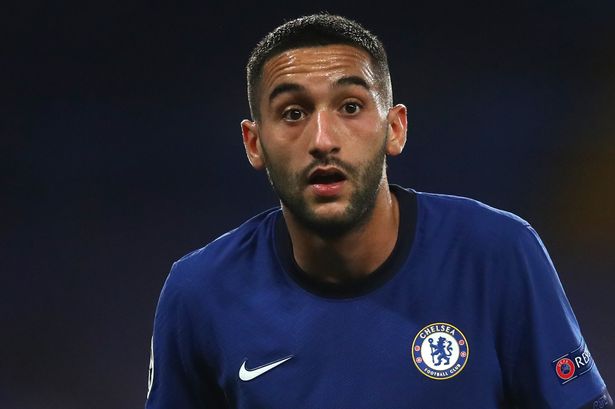 Chelsea’s 3-2-4-1 formation with possession. Havertz & Ziyech were playing in b/w the lines and were occupying the half spaces with the focus of dragging the Wolves CBs out to open the space in the defense for the wide attackers [Callum Hudson Odoi / Chilwell] to exploit.

Imagine Ziyech given the free role to move about in the half spaces. And if people want Alonso to remain as Chelsea lwb, Ziyech is the perfect player to find him on the far post.

Hakim Ziyech on being settled at #Chelsea:

“Yes, of course. I am now six or seven months here and I have started to adapt to things more and more. At the beginning everything is new and it is nice.”

“But I really also love to be around my family and my mother and my brothers and friends, but at this time it is not possible. So after a while it was a little bit difficult but you start to get used to it.”

“I’ve not met the fans properly yet. The fans had a game when they could come to watch and then I got injured after 25 minutes against Leeds! Hopefully better times will come and everybody will be able to come to the stadium.”

Like Loading...
Related Topics:Ziyech sends Intriguing Message to Chelsea Fans as they prepare to Face Tottenham Tommorow
Up Next