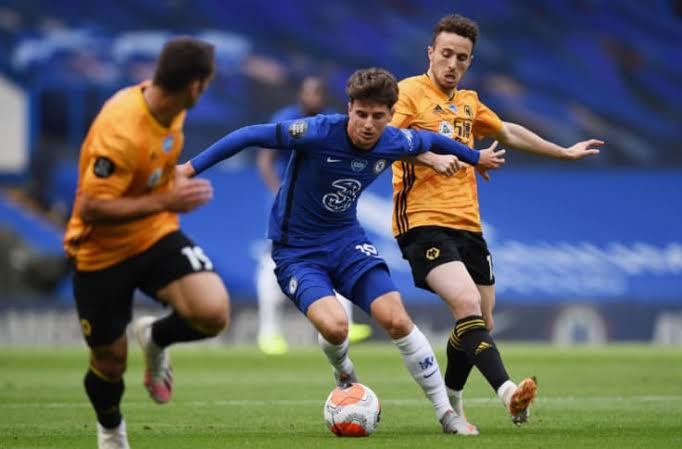 The English Premier League fixtures will continue today with Chelsea traveling to Molineux Stadium to lock horns with the Wolves in week 18 fixtures.

Chelsea hopes to return to their winning ways after being held to a 1-1 draw by Rafa Benitez’s Everton.

This article consists of today’s match preview between Wolverhampton & Chelsea, their kick-off time, players who are on Injury, and match predictions.

Chelsea has been impressive since the start of the season with a consistent run of good results. They are meant to be leading the race for this season’s EPL title but a recent flurry of injuries and bad performance has seen them drop off in terms of performances in Europe as well as domestic competitions.

The North London club, Chelsea drew their last game against Everton 1-1 only with the advantage of the referee and VAR who denied Rafa Benitez’s Everton a penalty which would have to give them an edge over Thomas Tuchel’s Chelsea at Stamford Bridge.

The unstable host is of a good choice to the currently struggling UEFA Champions League Champions as they set up Molineux Stadium later today.

Wolverhampton versus Chelsea fixture will go down on the 19th of December 2021 at exactly 3 pm Nigerian time.

Although, Chelsea’s Ngolo Kante and Chalobah are back to training but might not feature in today’s clash against Wolverhampton due to Covid-19 related issues. The England international Ben Chilwell is still on injuries and won’t feature in Chelsea’s game today.

Mateo Kovacic might not be available in today’s game due to injuries despite being spotted in Chelsea’s training section.

Although, Chelsea’s performance has dropped they might thrash Wolverhampton with a 0-2 scoreline to continue on their fight to win the English Premier League this season.