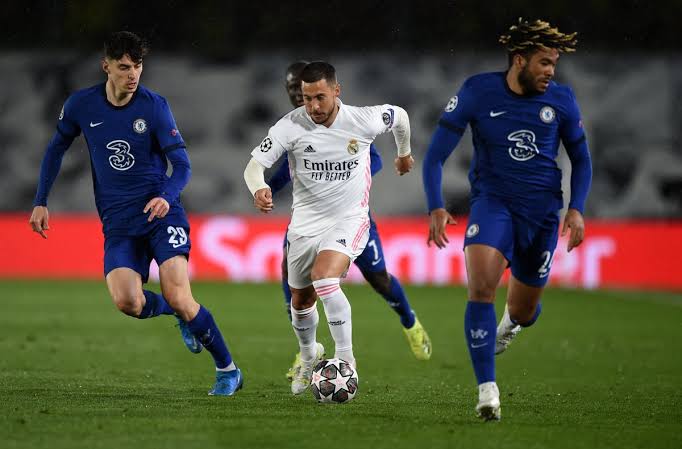 English club Chelsea has been one of the most dominant teams in the Premier League recently and a large part of that could be accredited to the tactical wits of their new coach Thomas Tuchel. Fans of the Blues have been in high spirits following the success of their club this period. While things have been going on well in England for fans of Chelsea, their club legend Eden Hazard is yet to find such success in the same time frame. It is then imperative that we consider whether a move back to Stamford Bridge will be beneficial to his declining career.

1) Lack Of An Effective Winger The Thomas Tuchel led team has experienced relative weakness in their wing players as stars such as Cristian Pulisic and Hakim Ziyech have failed to live up to expectations. This presents the Belgian superstar Eden Hazard the opportunity to come back and fill this role for the team. His wing play has been one of the highlights of his stellar career and a move back to the EPL to strengthen his team in an area where his help is needed will be a win-win situation for both parties.

2) Lack Of Support In Madrid Another factor that could influence a move for Hazard to Chelsea is the relative dissatisfaction towards him from Real Madrid fans and the team coach. Carlo Ancelotti who currently heads the Madrid team disclosed his reason for leaving Hazard out of his team as having better options. Such statements are sure to provoke displeasure from the said player and prompt him towards moving back to a club where he was loved and respected. A move back to Stamford Bridge could materialize this winter transfer window as his growing displeasure at the club can provoke his agent into engineering a move for him.

Do you think a move for Hazard is possible for Chelsea this season? Make your opinions known in the comments section

Like Loading...
Related Topics:Why Chelsea Should Sanction the Return of Garden of Eden Hazard. Find out The Reasons.
Don't Miss

Chelsea Transfer Latest: Chelsea To Break Bank For A Rising Argentine Upcoming Star, who is a Replica of Lionel Messi.