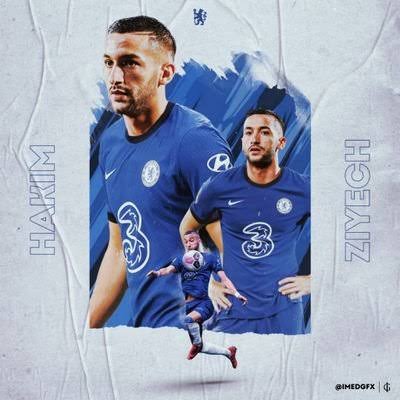 Chelsea Winger Hakim Ziyech Posted something on his social media handle and many fans are loving him more for it..

Ziyech since his debut at Chelsea this season has appeared to have gained more recognition and branded a new name for himself as he’s also called the London Wizard.

The Moroccan so far this season is having 2 goals 3 assist in 12 games and currently down with an hamstring injury but progressing in the rehabilitation phase.

Meanwhile Frank Lampard Confirmed on Wednesday that he should be back in the coming weeks because he’s been training with the first team lately.

However Ziyech dropped a quote through his social media account which made fans to love him more as they reacted to it. No doubt the former Ajax player is out of the Arsenal’s boxing day showdown on saturday, Nevertheless he will be determined to come back stronger.

Cristiano Ronaldo Beautiful Xmas Picture With His Girlfriend And Kids That Got People Reacting.

Chelsea Clash with Arsenal as Three of His Star Players Injured. See Photos.