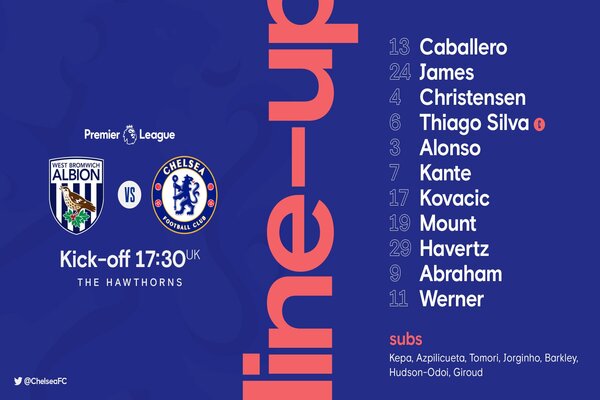 Chelsea face West Brom in the Premier League matchday 3 fixtures and Frank Lampard is expected to play the usual formation with slight difference in starting XI. Kai Havertz and Timo Werner are to top the blues lineup against West Brom as Hakim Ziyech and Christian Pulisic are yet to be available after returning from injuries.

Chelsea have played two Premier League game and Carabao Cup this season. Frank Lmaprd’s side opened the 2020/21 season with a 3-1 win over Brighton and Hove Albion away from home. The blues lost their first home League game against the defending Champions (Liverpool) at the Stamford bridge

📋 Team news is in at The Hawthorns.

Chelsea is predicted to win by 3-1 margin