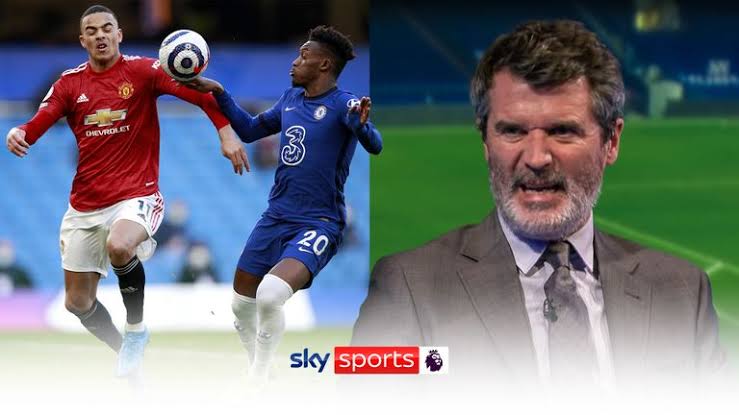 Rashford’s long-range free-kick was punched out by Chelsea goalkeeper Edouard Mendy and Mason Greenwood and Callum Hudson-Odoi challenged for the rebound.

Initially, Chelsea made protests over a Greenwood handball but replays showed that the ball struck the hand of the Chelsea winger.

Referee Stuart Atwell was advised to check his pitch side monitor during a break in play but decided against awarding a spot-kick.

The ball clearly struck Hudson-Odoi’s hand in an unnatural position in the box and it was surprising that a penalty was not given.

See the handball incident below. Footage courtesy of Sky Sports.

Edouard Mendy parried away a powerful long-distance free-kick from Marcus Rashford, baring a striking resemblance to the one he blasted against them in the cup a couple of years ago, the ball flew loose.

The ball bounced as Callum Hudson-Odoi and Mason Greenwood contested the ball, it appeared to touch the tip of the Chelsea star’s hand before it bundled onto the United wonderkid’s arm.

Related Topics:Watch Video of Man United Accusing Referee for Refusing to Award Penalty Against Chelsea After A Clear Check by VAR.
Up Next