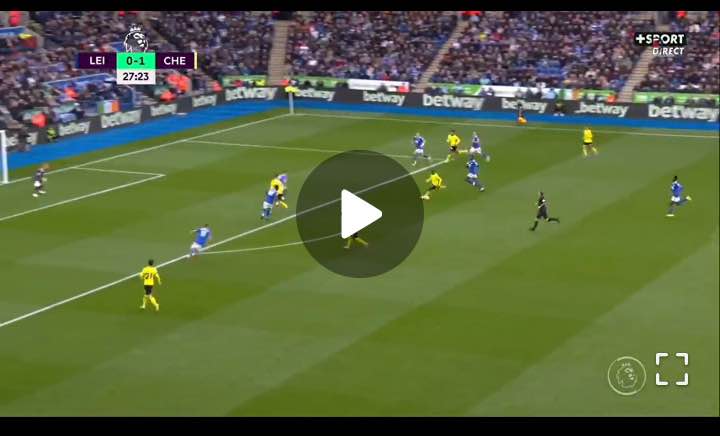 Ngolo Kante scored a sensational goal Against his formal Club signifying his superiority by driving into the box all alone.

N’Golo Kante showed off his goalscoring prowess for Chelsea as he surged forward into the box on several occasions and finished one of his many chances off with a beautiful strike.

He doesn’t score many, and he hasn’t scored many better than this one

In the Premier League’s first match back after the international break, the little maestro scored a stunning solo goal to put Chelsea 2-0 up.

Kante collected a pass from Reece James near the halfway line, charged towards the edge of the penalty area and then produced a superb left-footed shot that flew past Kasper Schmeichel.

We have seen the former Leicester star dominate games from central midfield from a defensive standpoint for many years, but in Chelsea’s clash at his former club Leicester on Saturday he was all about turning defense into attack.

The French midfielder deservedly doubled Chelsea’s lead at Leicester as he was given the freedom to run 20 yards towards goal with the ball.

He then finished calmly from outside the box with his left foot, as the ball flew into the top corner and he celebrated nonchalantly.

Take a look at the video above to see the genius in full flow.

Kanté receives the ball from Reece James on the right, drives into the middle of Leicester’s defence, takes a touch to his left and then scores a banger with his left foot! What a man! What a goal

Like Loading...
Related Topics:Watch Video of a Sensational Goal of a Masterclass Finish by Ngolo Kante
Up Next