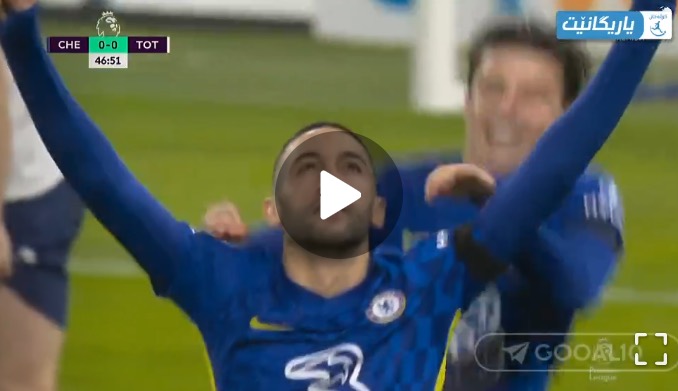 Chelsea have kick-off their Premier League second-half clash against Tottenham Hotspur at Stamford Bridge this evening in perfect ways, with the west London club find the back of the net.

The Blue who dominating possession through the first 45 minutes but failed to get back of the net, made impressive start to the game in second-half, by broken the deadlock through Hakim Ziyech.

The Moroccan international netted a fantastic goal to put his side’s ahead of the visitor.

A brilliant curling effort from Hakim Ziyech has given Chelsea the lead against Tottenham and you can watch the goal here.

Chelsea are attempting to respond to Liverpool’s 3-1 win at Crystal Palace earlier in the day to keep themselves in touch with leaders Manchester City and the Reds.