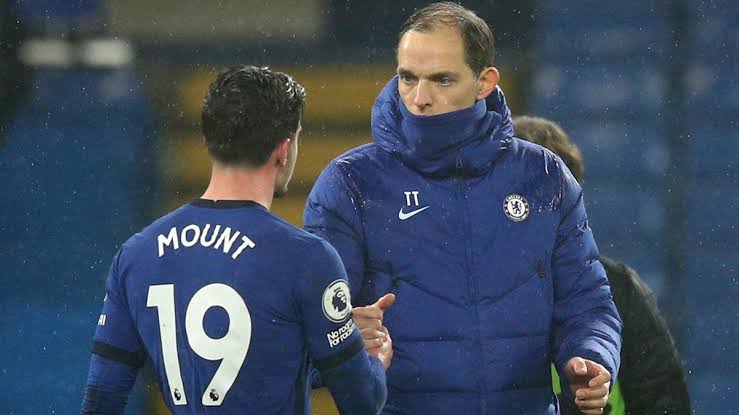 Some section of the fans and pundits have predicted that Mason Mount may not just have a spot in the new look Chelsea’s side under Thomas Tuchel.

The Chelsea Midfielder has always been tagged Frank Lampard’s favourite because of the playing time he had under the Chelsea legend .

Thomas Tuchel chose to drop him Against Wolverhampton in favour of more experience players.

He has now come out to reveal what he thinks of Mason Mount, revealing that he likes what he has seen so far.

“His personality is amazing and he is such a competitive guy. He leaves his heart on the pitch and he cares for Chelsea 100 per cent.”

Mason Mount in all fairness will be a top top player for Chelsea. He could go all out to become a Chelsea legend if he can be consistent in his game. Like Loading...
Related Topics:Tuchel Speaks About Mason Mount and Praise Him for Giving Chelsea His Best.
Up Next

Chelsea Latest: These Blues Players Could Leave The Club Before Sunday

Tuchel reveals His Admiration for Ngolo Kante as He is Prepared for His Second Game.