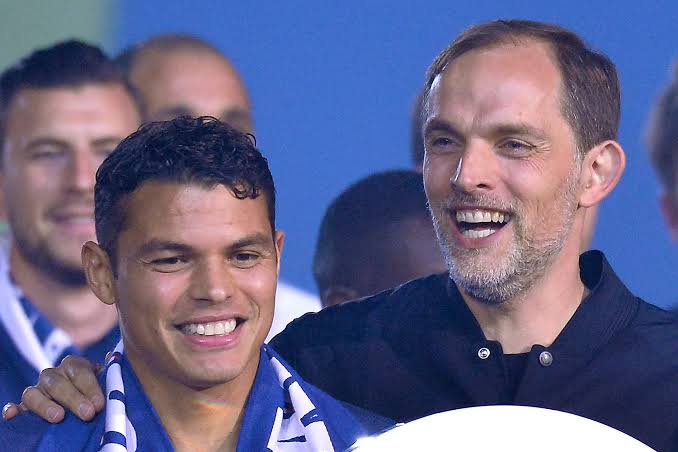 Thiago Silva injured himself in the first half of an exciting premier league game away at Tottenham Hotspurs. The Brazilian was replaced with Andreas Christensen, who helped in securing Chelsea lead and a cleansheet also. No Chelsea fan would be happy to see one of their consistent performer this season, to walk out of the pitch injured in such a crucial game when all three points are desperately needed by both teams, in a fierce London derby. Chelsea’s head coach Thomas Tuchel has given an update about Thiago Silva’s injury after winning at White Hart-Lane against Jose Mourinho. See the update Thomas Tuchel has about Thiago Silva below. “Tuchel on Thiago Silva’s injury: “I saw Thiago with a big strap around his muscle but we have to wait. It’s worrying because it’s a muscle injury.” Tuchel said it’s a muscle injury and it’s worrying, that’s definitely not what a Chelsea fan would love to hear about Chelsea’s best defender this season