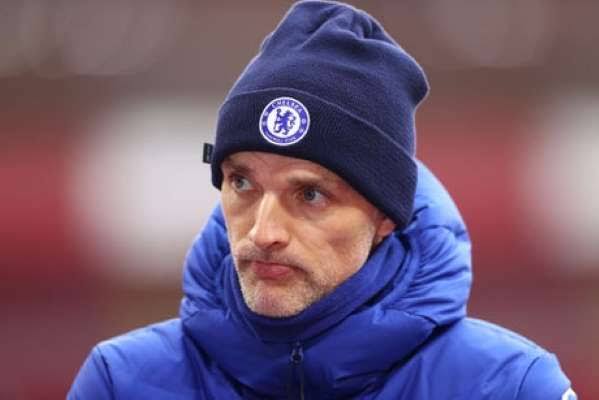 Chelsea will be looking to return to winning ways in the Premier League when they continue their domestic campaign at home to Manchester United on Sunday afternoon.

The Blues are still unbeaten since Thomas Tuchel’s arrival at the club but were held to a 1-1 draw by Southampton in the league last weekend, which has left them in fifth position in the table, two points behind fourth-placed West Ham United, who face leaders Manchester City on Saturday.

Chelsea’s form under Thomas Tuchel has been excellent, with the Blues winning six and drawing two of their eight matches since the former Paris Saint-Germain manager replaced Frank Lampard at the helm.

A top-four challenge appeared difficult in the latter stages of Lampard’s tenure, but the capital outfit have picked up 14 points from the last 18 available to rise into fifth position in the table, just two points behind fourth-placed West Ham and actually only six points off second-placed Man United.

Chelsea were held to a 1-1 draw by Southampton in the league last weekend, with Mason Mount’s penalty cancelling out a first-half effort from on-loan Liverpool attacker Takumi Minamino.

The Blues will enter this weekend’s contest off the back of a brilliant result and performance, though, having beaten Atletico Madrid 1-0 in the first leg of their last-16 Champions League contest on Tuesday night, which has left them in a strong position to reach the quarter-finals of the competition.

As a result, Andreas Christensen is set to continue in the middle of the defence, and the Blues are otherwise in excellent shape in terms of injuries, meaning that head coach Tuchel has a number of decisions to make.

Olivier Giroud’s excellent winner against Atletico should see the Frenchman keep his spot in the final third, with Timo Wernerand Mason Mount operating in the deeper positions.

N’Golo Kante could again find himself on the bench, meanwhile, with Jorginho and Mateo Kovacic in excellent form.

Ben Chilwell and Reece James are both pushing for spots in the starting XI, but Tuchel could decide to keep faith with Marcos Alonso and Callum Hudson-Odoi, who were both impressive against Atletico. Anthony Rudiger will be playing in the centre back position

Kovacic will partner up with Jorginho in the centre midfielder position

Mason Mount will be starting in the attacking midfielder position

After Yesterday”s Game, See How the EPL Table Look Like