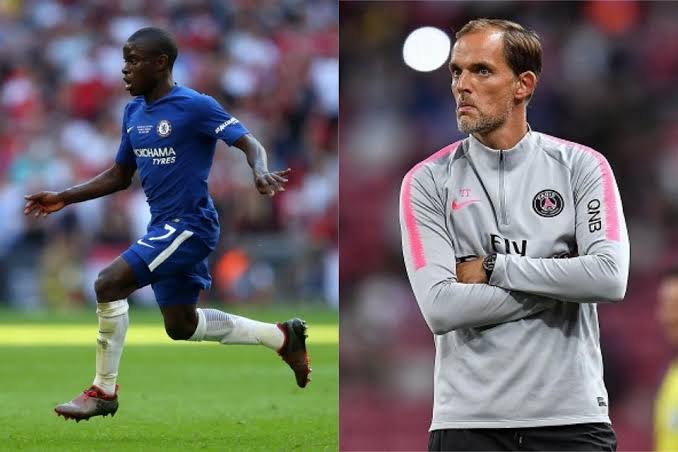 Chelsea will play Burnley on Sunday and will hope to get back to winning ways in the Premier league. Few days, Frank Lampard was sacked by Abramovich after been in charge for one and half season. Lampard was immediately replaced by recently sacked Thomas Tuchel who was the former Manager of Dortmund and PSG. Tuchel started work immediately and was in the dug out for their game on Wednesday Against Wolves. Tuchel made about 4 changes and returned Chelsea back to the 4-2-3-1 Formation. Mount, Zouma and Werner were among those benched. Chelsea played a 0-0 draw . Ahead of their game against Sunday, Tuchel in his press conference on Thursday described Kante has one player he tried to buy. He will be happy that Kante who has been Injured for a month is now back in training and available for the game on Sunday. This is a positive news for Tuchel who is definitely a favorite of the 4-2-3-1 Formation. N’Golo Kante is a perfect player for this Formation, his best had been brought out when Chelsea used the Formation under Conte. Although he might not play the full match against Burnley because Tuchel will want to keep him fresh for their next match against Tottenham. Like Loading...
Related Topics:Tuchel reveals His Admiration for Ngolo Kante as He is Prepared for His Second Game.
Up Next

Tuchel Speaks About Mason Mount and Praise Him for Giving Chelsea His Best.