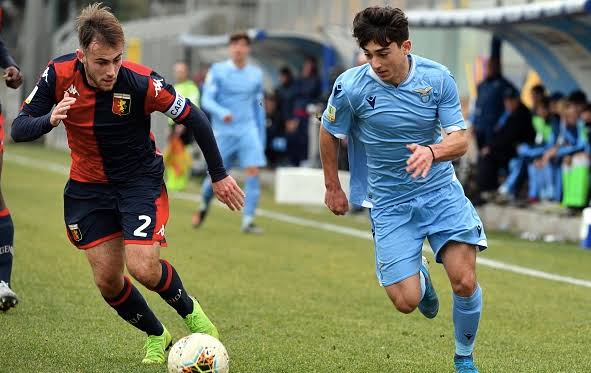 Chelsea are reportedly keen on signing Spanish starlet Raul Moro, who has struggled to establish himself as a first-team player at Lazio, according to a recent report from Italian media outlet La Lazio Siamo Noi. Cagliari have signed midfielder Alfred Duncan from Fiorentina on loan until the end of the season. Brighton right-back Tariq Lamptey has signed a new contract with the club until 2025. Marcos Rojo seems to be close to quitting Manchester United this month, here’s one more club who are allegedly working to sign the Argentina international from the Red Devils.

According to Mexican journalist Beto on social media, Twitter, it’s now Cruz Azul who entered the race for the 30-year-old. It’s stated the Mexican club ‘opened talks’ for the star’s arrival. No further details explaining if the transfer negotiations are with the 20-times English champions or directly with the player’s entourage.

This is the second side from the South American who seems to be in discussions for Marcos Rojo since the interest from Miguel Angel Russo’s Boca Juniors has been reported in his homeland for a while now. The Argentine media has been pointing out that Xeneizes don’t want to spend money on paying a sum to Manchester United, as they expect Marcos to rescind his current deal and move as a free agent. 18-year-old Moro came through the academy of Spanish outfit Gimnastic before spending a year each with the youth sides of Espanyol and Barcelona. In 2019, the youngster made the switch to Biancocelesti amid lofty expectations but has struggled to break into Simone Inzaghi’s senior team.

As per the aforementioned report, Raul is attracting interest from a host of clubs across the continent, with several Premier League teams believed to be monitoring him as well, with the Blues said to be chief among them.

Considering that Christian Pulisic has had to deal with recurring injury problems during his time at the club and with Kai Havertz and Timo Werner yet to hit their strides, it is understandable as to why Frank Lampard’s side would look to add more depth to the attacking ranks. Riqui Puig has reportedly emerged on the radar of Arsenal, with Mikel Arteta keen on securing his services in the ongoing transfer window.

According to a report by Spanish outlet Fichajes, Mikel Arteta has drawn up a wishlist of targets to bolster the creativity in his squad. Featuring high on this list is Barcelona midfielder Riqui Puig, who could be the subject of a loan move in the ongoing transfer window. Puig joined the famed La Masia academy in 2013 and subsequently made rapid progress within the youth setup at the club before making the grade in the first-team squad in 2018. Since then, he has continued his progress at Camp Nou while still largely turning out for the Barcelona B side. In all, Puig has made 22 appearances for Barcelona, with 3 assists to show for his efforts. However, the appointment of Ronald Koeman as the new Barcelona manager has been detrimental to his fortunes, with the youngster not handed a single start this term. The fall in his stature has not done anything to affect the hype surrounding his talent, with Arsenal currently in his pursuit. Georginio Wijnaldum is set to reject Liverpool’s offer of a new contract and join Barcelona, according to reports. The Netherlands international has been weighing up his future for several weeks as he nears the end of his deal at Anfield. Wijnaldum will become a free agent on June 30, although Liverpool are hoping he puts pen to paper on an extension.

A report in the Spanish press earlier this week suggested Barcelona were growing increasingly confident of bringing the midfielder to the Camp Nou. And the Sunday Mirror report that Wijnaldum is poised to snub Liverpool’s offer and fulfil a childhood dream by joining Barca.

The Catalan outfit have a strong Dutch connection and Wijnaldum has always wanted to follow in the footsteps of Johan Cruyff, Ronald Koeman and Frank Rijkaard. Fenerbahce have confirmed they are planning to sign Arsenal’s Mesut Ozil – snapping him stepping off a plane as they bring him to Istanbul.

Ozil has been ostracised at Arsenal over the past few years and 90min learned the details of his impending move to Turkey earlier in January. The Turkish side previously teased a potential announcement by tweeting ‘Gel Gündüzle Gece Olalım…’, but have now published pictures of former Germany international Ozil touching down in Turkey. Their tweet reads: “Club Statement: Our club is bringing Mesut Özil to Istanbul to continue the transfer processes.”

Ozil was left out of manager Mikel Arteta’s 25-man Premier League squad for this season, having featured sparingly the previous term. Good News for Chelsea as the Blues Board Could Break Bank For the Signing of Haaland, Other Related Transfers Concerning Other Clubs