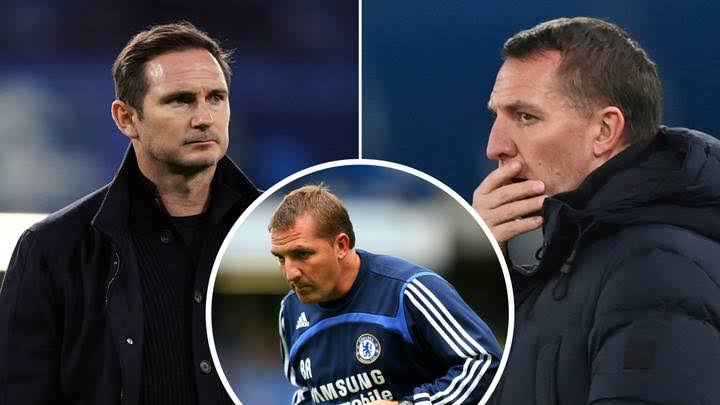 Chelsea recent poor run of form has put lots of pressure on the Chelsea’s manager Frank Lampard. Just few days ago the Chelsea’s board came out to say that they are not considering sacking Lampard, but that changed after Chelsea’s 3-1 lost to Manchester City on Sunday at Stamford Bridge.

According to News Flash, Chelsea officials are reportedly going to meet with the camp of Leicester City’s manager, Brenden Rodgers today to discuss Frank Lampard’s position at the club.

Brendan Rodgers is very keen to return to Chelsea. Report claims he would walk mid season from the Leicester job to take his dream job at Chelsea.

It appears to be just a matter of time before Lampard will be shown the exit door or unless something changes immediately.

Is he the right manager to succeed Lampard? Let’s hear from you via the comment box.

Related Topics:Transfer Live: Chelsea officials to meet with Brendan Rodgers
Up Next

How Benfica Star Caught Naked in the Dressing Room