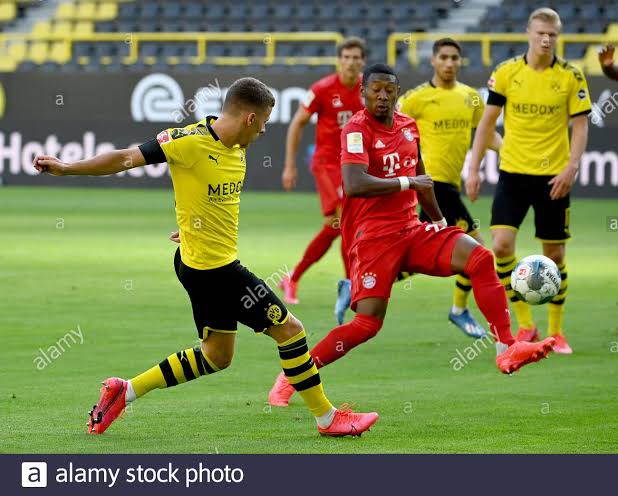 Despite their recent performance in the EPL, Chelsea F.C. are still one of the most fortunate Premier League clubs presently because they have many quality players in their squad, which is enough to challenge for any trophy. They acquired most of their first-team players in the summer transfer window and we all saw what their new signings are capable of earlier this season. Chelsea spent a lot in the summer and this might hinder them from signing any players in the January transfer window. However, some top players are still linked with a move to Stamford Bridge this month. Thelivesoccer will bring you updates on Chelsea’s January transfer targets. Make sure you give your verdict on these updates after reading, thanks! Chelsea Defender Under The Radar Of Serie A Giants

Chelsea left-back, Emerson Palmieri could be on his way out of Stamford Bridge as early as January as Napoli are reportedly ready to make a move for the Chelsea outcast. The 26-year-old whose contract at Chelsea will expire in 2022 has failed to beat Marcos Alonso and Ben Chilwell to the first-choice left-back option for Chelsea and he could be offered an escape route by Napoli who are really keen on his switch to the Diego Maradonna Stadium. However, according to TheSun, Napoli will have to sell two players including their striker, Arkadiusz Milik in order to fund Emerson’s transfer. It will be a win-win situation for both Chelsea and Emerson if a deal is struck as Lampard is on a mission to trim down his dense squad this month. Also, Emerson will get the playing time he needs at Napoli if he eventually leaves Chelsea. Italian shot-stopper, Gianluigi Donnarumma is yet to decide on his future as his contract with AC Milan runs down this summer. He is yet to pen down a contract extension with Milan which means he is free to negotiate with other clubs before summer when he eventually becomes a free agent. Chelsea and PSG are the clubs that are heavily linked with the 21-year-old goalkeeper. Chelsea are planning to beat PSG to his transfer as they are willing to offer £260k per week and £13m per season to Donnarumma. (Source: Chelseanews) Chelsa’s interest in Donnarumma means Kepa Arrizabalaga’s days at Stamford Bridge are numbered. Anyway, Donnarumma will be a perfect replacement for the Spaniard as he is one of the best shot-stoppers in the world currently. Erling Haaland’s success at Borussia Dortmund since he signed for them from RB Salzburg has made him a transfer target of top clubs in Europe, including Chelsea. However, Dortmund’s CEO, Hans-Joachim Watzke has silenced interests from Chelsea and other big clubs and has urged Haaland to continue his development in Germany and follow the footsteps of Robert Lewandowski. “I don’t think that will happen,” Joachim Watzke when asked about the possibility of Haaland leaving Dortmund in the summer.

“Erling and his advisor Mino Raiola know what they have in us. I can only advise him to do things like Robert Lewandowski,” Joachim added. (Source: Football.London) I think Joachim’s advice to Haaland is right. Haaland is still in his developmental stage and he might be putting his future in danger if he forces a move to clubs like Chelsea and Real Madrid. He should wait for a little longer before switching to other clubs. David Alaba is one of the players who will be free in the summer and many big clubs in Europe are already locking horns for his signature. Chelsea is one of the clubs interested in the defender as Thiago Silva won’t be at Stamford Bridge for a long time. According to Marca, Real Madrid seems to be winning the race to sign the 28-year-old David Alaba as he prefers a move to the Los Blancos than any other club. This is a great development for Real Madrid and a huge blow to Chelsea, Barcelona, Manchester United, and other clubs that are interesting in signing David Alaba. However, a move to Stamford Bridge is still possible if Chelsea can persuade him with a huge weekly salary. Anyway, let’s wait to find out the next destination of the Austrian. Eden Hazard’s career at Real Madrid has been disturbed by injuries since his £130m move from Chelsea. Tribalfootball is now reporting that Manchester City are closing watching his situation at Madrid and could make a move for the former Chelsea player in coming transfer windows as Guardiola has been his admirer. Let’s wait and see how things unfold for Eden Hazard at Real Madrid. That will be all for now, kindly follow up this page to get more updates on Chelsea F.C. which includes transfer news, match previews, rumours, and many more.

What are your thoughts concerning these transfer updates? Kindly drop your honest opinion in the comment section below.

Related Topics:AlabaDonnarummaHaalandothersTransfer Latest: Updates on Hazard
Up Next