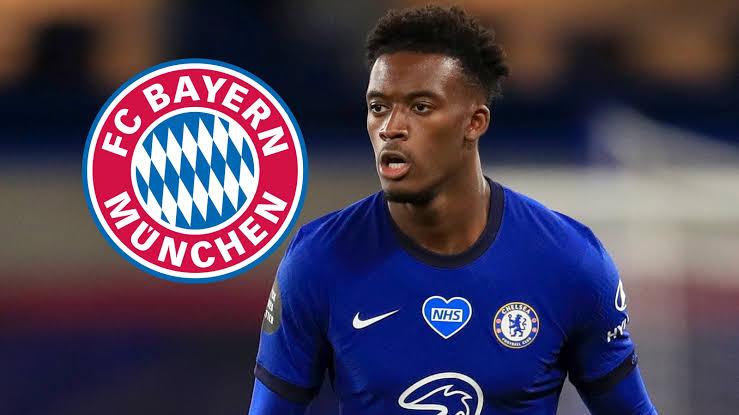 Chelsea fans has reached to Bayern Munich Intention to lunch a bid for the services of Chelsea Winger, Hudson Odoi .

Do you agree that Chelsea should allow the inform winger to go?

Chelsea winger, Callum Hudson odoi has been a bit part player for Frank Lampard this season.The talented youngster who has just played more matches in the UEFA Champions league than in the EPL this season has been subjected to a lot of transfer interests especially from Bayern Munich. Callum Hudson Odoi has played well in recent games against Arsenal and Aston Villa and needs to continue playing as the Blues face Manchester City on Sunday. His pace and dribbling ability will be key as he is only among the of two fit wingers currently in the team aside Christian Pulisic. Bayern Munich have not hidden their interest in Hudson Odoi and made a tempting offer to Chelsea in the last transfer window which the Blues rejected. If he does not play a major part against Man City, the talented youngster could contemplate moving on especially as the January transfer window is very much around the corner. Manager, Frank Lampard has recently put his trust on Hudson odoi and must play him against Pep Guardiola’s men so that he can continue his good form and not think about leaving Chelsea for Bayern Munich. Hakim Ziyech is not yet fit and that maybe good news for Hudson Odoi’s in his hope of playing more consistently. Callum Hudson Odoi’s ability is not in doubt but he needs more game time inorder to truly show his full potential.

Like Loading...
Related Topics:Transfer Latest: Fans React to Bayern Munich Intention to Lunch a Lucrative Bid for This Chelsea Winger.
Up Next