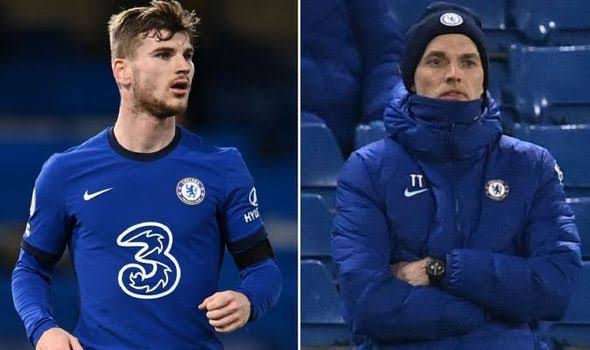 Frank Lampard may have splashed over £200million on Signing new players last summer, however, Thomas Tuchel will be hoping to bring in some fresh faces to Stamford Bridge next season if the Blues secure Champions league qualification. These potential new players will dictate how Chelsea squad will shape next season.

Goalkeeper: AC Milan has failed several times to get their Goalkeeper Gianluigi Donnarumma to sign a new contract. If he eventually decides to leave, Chelsea could sign him as a long term replacement of Edouard Mendy.

Defenders: The club has already began talks to renew Thiago Silva’s contract and he is also enthusiastic about staying for another season.

Thomas Tuchel will be on the market shopping for a good Defender to partner with Thiago Silva at the back. With Dayot Upamecano now out of reach, the blues could land Jerome Boateng or Konate.

In a classic 442 formation, Ben Chilwell is a better Left-back than Marcos Alonso. Reece James is also expected to cement his spot in the first eleven next season.

Midfielders: Chelsea has a lot of players to play the Midfield role so, they might not be looking to reinforce that area. Kai Havertz, Mason Mount, Jorginho, Mateo Kovavic, N’Golo Kante and Billy Gilmour will be rotated depending on their form.

Wingers: Callum Hudson-Odoi has concretize his spot in Tuchel squad. Christian Pulisic and Hakim Ziyech will have to contest for who will occupy the other side of the wing. Strikers: Erling Haaland has been identified has a target for Chelsea next summer. If the Blues table the right offer, Borussia Dortmund will have no choice but to let him leave. He will partner with Timo Werner to lead Chelsea attack.

Like Loading...
Related Topics:Thomas Tuchel Identifies Player To Partner Timo Werner Next Season. See Who He Chooses.
Up Next

See Why Chelsea Are The Clear Favourites To Win Against Newcastle In Today Match.