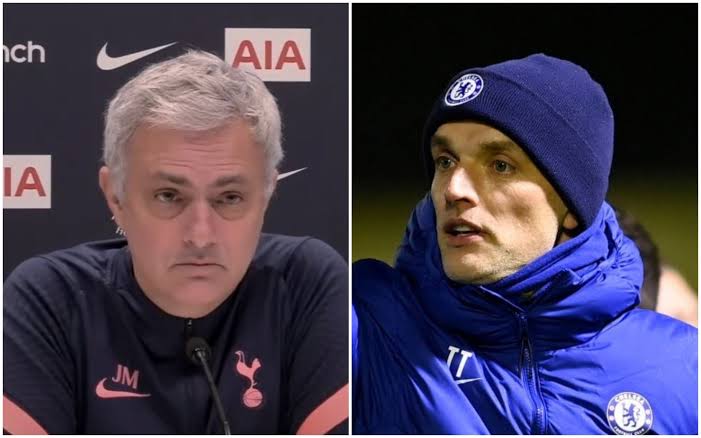 Chelsea will take on Jose Mourinho’s Tottenham Hotspurs on Thursday as they will be away from home.

This will be Thomas Tuchel’s first game against a top team in the premier league.

Although Tottenham Hotspurs were defeated by Brighton by a goal to nil in their last game they might be looking to do everything possible to get a win over Chelsea.

During the first leg at Stamford bridge, the game ended in a goaless draw as both sides were unable to find the net at the end of 90mins.

Thomas Tuchel will be looking to pick up the win against Tottenham Hotspurs.

See what Tuchel had to say ahead of the clash; According to him, he said he has been told about the game and they will prepare for that match and win it when they arrive on Thursday.

What are your thoughts about this. Do you think Thomas Tuchel will be able to defeat Jose Mourinho’s Tottenham Hotspurs.

Related Topics:Thomas Tuchel Boast and Fans React as He Promised to See off Tottenham on Thursday
Up Next

After Man United Thrash Southampton 9:0, See How the EPL Table Look Like

See The Predictions of Michael Owen Between Tottenham vs Chelsea and Manchester United vs Southampton.