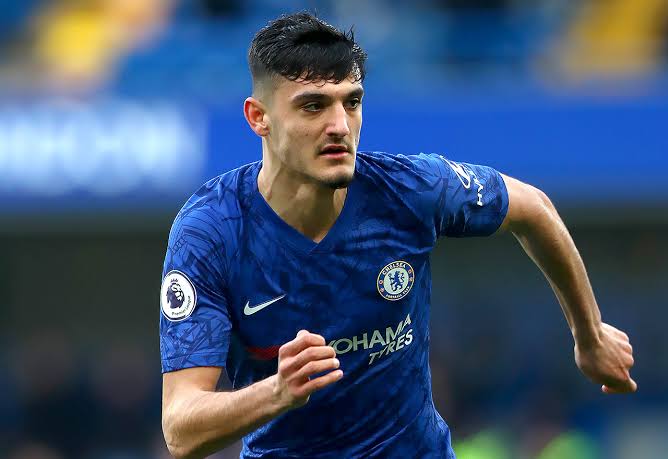 Chelsea seems to have found back form since the coming of Thomas Tuchel. Since the German tactician arrived in late January Chelsea have not lost a single game in 9, accumulating 6 wins and 3 draws. Despite the improvement, there are still lapses in the current Chelsea squad especially in the attacking department.

Chelsea’s frontline has underperformed this season and even the arrival of Tuchel has not brought a change in attacking fortune. The likes of Olivier Giroud, Tammy Abraham & Timo Werber have failed to love up to expectations. This has led to speculations of Roman Abrahmovic breaking the bank to get Dortmund’s Erling Haaland in the next transfer window.

But there seems to be another option for Thomas Tuchel in the coming season – a loanee who is currently making waves in Europe. Armando Broja is a 19-year-old Albanian striker who currently plays in the Dutch Eredivisie with Vitesse Arnhem.

Broja has been having a wonderful season in Europe scoring goals for fun and is currently one of the highest-scoring teenagers in Europe. With 9 goals & 2 assists in 13 starts, he is calling the attention of the current Chelsea gaffer and might just be an integral squad member next season and with the likes of Abraham & Giroud flopping could get a starter’s shirt. The sensational teenager has been with the Chelsea academy since 2009 when he joined from Tottenham Hotspur.

In March last year, he made his professional debut under Frank Lampard, replacing Giroud in a 4-0 victory over Everton. If the goalscoring form continues, Chelsea might just have the perfect replacement & solution to/for their attacking deficiencies.

Do you see Armando Broja living up to expectations if recalled to Stamford Bridge? Like Loading...
Related Topics:This Prolific Young Striker Ready to Displace Tammy Abraham and Oliver Giroud Next Season. See What Tuchel Said.
Up Next

Watch Video of Man United Accusing Referee for Refusing to Award Penalty Against Chelsea After A Clear Check by VAR.