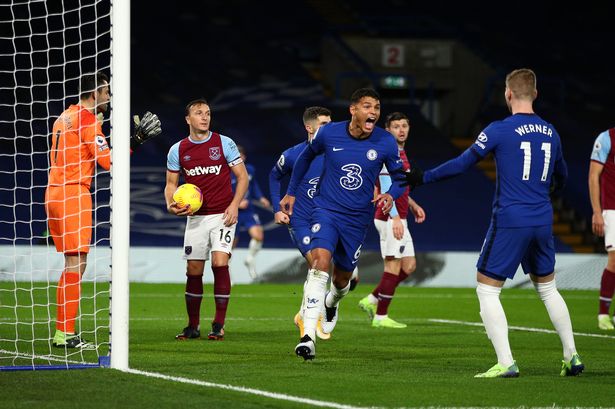 At 36 years old even frank Lampard confirmed that he couldn’t keep up with the pace and physicality of the English premier league,

But for Thiago Silva this was yet his best performance in a blue shirt, he lead the team both in defense and in attack with some priceless performance. Chelsea have gone two games prior to last night without a win but the experienced and ageless Thiago Silva was keen to put an end to that run.

He steeped up to power a wonderful header beyond the Westham goalkeeper to put Chelsea in front in the first half and he followed it up with some very impressive defending to help Chelsea to a clean sheet. His celebrations after his first goal was a thing of joy roaring just like a lion in the jungle, Thiago Silva have made Barclay premier league his home. Two further strikes from Tammy Abraham made sure the game was won smoothly at the end and now they top every London club in the league. Truly Chelsea could bodly say, that they are the pride of London Like Loading...
Related Topics:Thiago Silva Celebrates Goal against West Ham As If He Has Not Scored Before
Up Next

Alaba, the Austra International to Chelsea is a Done Deal, as the Blues given Green Light to Sign the Defender