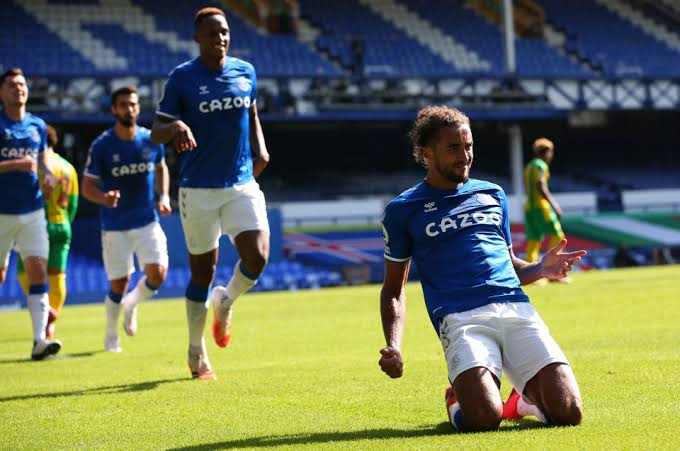 Everton Dominic Calvert-Lewin leads the goalscorers chart heading into Matchday 11, The Everton striker has scored 10 goals in the English Premier League this season, he is one ahead of Tottenham Hotspurs’s Son Heung-Min. Everton are away to Burnley, while Tottenham Hotspurs will face Arsenal in the North London Derby. Liverpool’s Mohammed Salah and Leicester City’s Jamie Vardy are both on eight goals.

Manchester United’s Bruno Fernandes is on seven goals, along with Patrick Bamford of Leeds United, Harry Kane of Spurs and Callum Wilson of Newcastle United. Aston Villa captain Jack Grealish has scored five goals this season, and he is also tied with Danny Ings of Southampton, Diogo Jota of Liverpool and Wilfred Zaha of Crystal Palace. Kevin De Bruyne has a lot of catching up to do as his five assist is four behind Harry Kane, who has provided nine assists already. De Bruyne and City are at home to Fulham, and the Belgian International would be keen on adding to his tally. Aston Villa’s Jack Grealish is also on five assists, with Luca Digne of Everton, John McGinn of Aston Villa and Marcus Rashford of Manchester United on four each. Chelsea players are yet to  register themselves in the assist list.

Chelsea Coach, Frank Lampard Leads in the Released nominees For EPL Managers of the Month Award