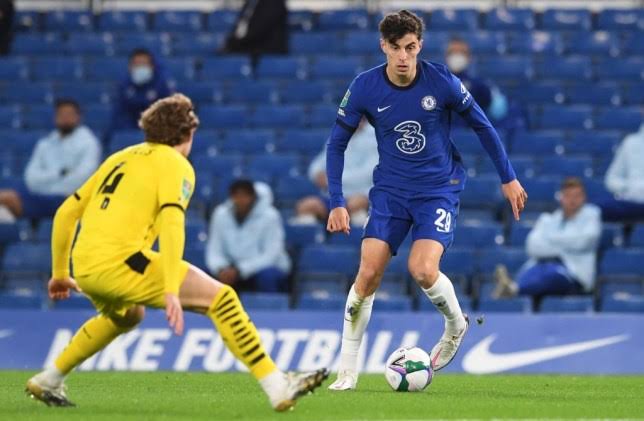 Chelsea were up against Wolves at Stamford bridge Yesterday.

It was Thomas Tuchel’s first game as Chelsea’s boss.

The line up was different yesterday and Mason mount for the first time was benched in yesterday’s game. One person who was impressive in yesterday’s game for me was Kai Havertz.

I think he has really stepped up his game and we could see him trying to link up with Giroud.

Well what did Havertz do that no other Chelsea player could do? Kai Havertz covered more distance than any other Chelsea player during the match. He covered a total of 11.41km

According to Nizaar Kinsella, he said this is just a reminder that Kai Havertz is fast. Havertz really performed in yesterday’s game as he tried to win the ball back for his team.

He could have scored yesterday through Mason mount late corner , but his attempt at goal was well defended. Do you think Kai Havertz is fast. Do place your thoughts about this in the comments section also do like share and follow for more updates.