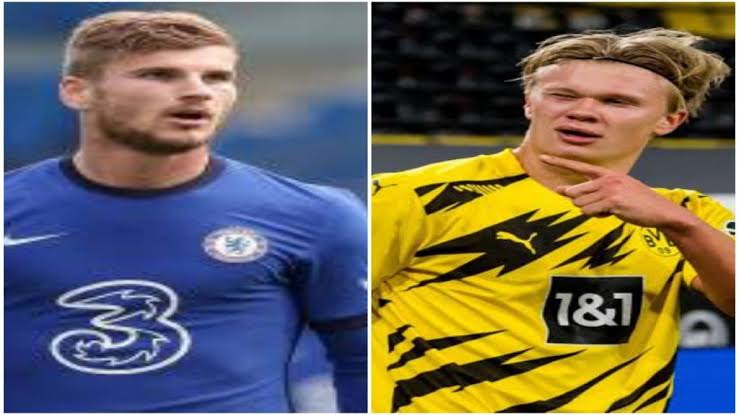 Chelsea may have been presented with a golden chance to sign Erling Haaland with Borussia Dortmund currently drawing up a list of possible replacements for the striker. Haaland is set to leave Signal Iduna Park at the end of the season, with a number of top European clubs in the race to sign him

Though they signed Romelu Lukaku for a club-record fee in the summer transfer window, the Blues remain interested in the Norwegian.

The 21-year-old looks set to be a generational talent after scoring an astonishing number of goals since arriving at Dortmund two years ago.

He has scored 19 goals in just 17 games this season and also fired Dortmund to the DFB-Pokal trophy last term.

His influence on Dortmund was clear to see on Saturday when he provided an assist during their remarkable comeback win over Eintracht Frankfurt.

Those preparations could also open the door to Chelsea moving to the front of the queue in the race to sign him.

According to Fichajes, Dortmund are ‘targeting’ a move for Timo Werner, with the money they will receive from selling Haaland.

But rather than wait until Dortmund are able to use that cash, the Blues could make a proposal that will leave both sides happy.

While part-exchange deals are relatively rare, that is exactly what Chelsea could do in order to bring in Haaland.

Big News as Antonio Rudiger Finally agreed to Contact Extension With the Blues.