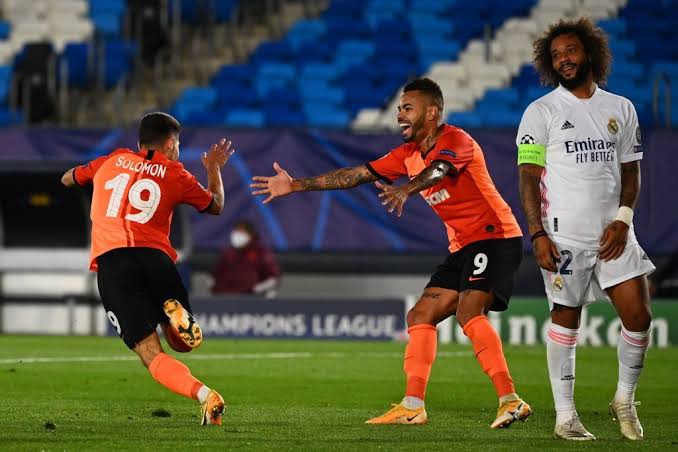 The poor form of the Spanish side has kept many wondering how Real Madrid will survive the group stage. Real Madrid might ended up in the Uefa Europa League having won two games in the champions league and sit in the third position with seven points from five matches.

Real Madrid must beat Borussia Monchengladbach in the final round of the champions league matches to qualify for the knockout stage of the event. Failure to beat Gladbach means that the giant la Liga side might end up in the Uefa Europa League. (See Table Below ) The Spanish side has been running a poor form Having won just one of their last five games in all competitions. The defending La Liga champions are without a win in their last three league matches with their 130£ million star, Eden Hazard failing to shine due to several injuries.

It would be a great shock to football fans if Real Madrid fails to beat Gladbach and ended up in the Uefa Europa League with the likes of Tottenham Hotspur, Arsenal, etc.

Also, share the article so that others can read it.

Related Topics:Real Madrid Could End Up in Europa League as Shaktar Donestk Humiliated Them Home/Away
Up Next

How Lampard Could Combined Timo Werner, Pulisic & Ziyech To Unleash Fear On All EPL Teams.