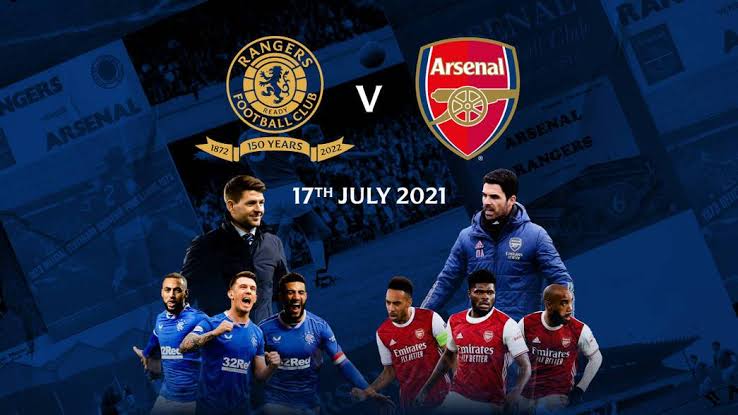 Arsenal will slog it out with Rangers in an away Pre-season friendly game. Fans can watch the live streaming match as you hook up to our channels.

Arsenal travel away to Ibrox to take on Rangers in the pre-season friendly, here is where to watch Rangers vs Arsenal live stream.

It’s been two months since Rangers last played at Ibrox on the day they lifted the Premiership trophy.

And now 2000 fans are finally allowed back to see the Ibrox men in action as Steven Gerrard’s side take on Arsenal in a pre-season friendly.

Rangers vs Arsenal pre-season will be played at Ibrox on Saturday, July 17, 2021 with Kick-off at 2:00pm

No, the game isn’t being shown live on any TV channel.

Can it be live streamed?

Yes. Rangers are streaming the game live on their club TV channel for a price of £7.99. It’s also available on ArsenalTV and RangersTV. You can follow the coverage of the Pre-Season friendly between Rangers and Guuners via Arsenal social media page.

Chelsea meet Irish Side Drogheda In A Pre-season Friendly Today, Check out Time And Venue For the Match.