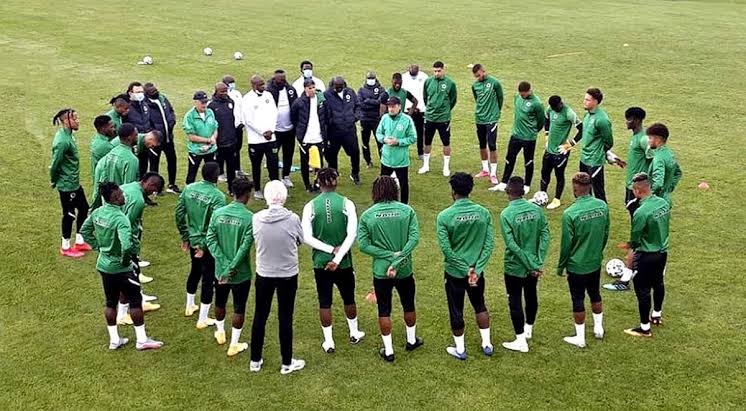 Nigerians are expecting an improvement from the match against Tunisia on Tuesday evening from the one against Algeria last Saturday.

Nigeria saw a five-game unbeaten run come to an end against the Desert Foxes on October 9 but now have a chance to bounce back to winning ways against another North African nation only four days later.

The Super Eagles defeated Tunisia in last year’s Afcon third-place match days after losing to Algeria in the semifinals.

Gernot Rohr’s men would be disappointed about the manner of their loss to the Africa Cup of Nations holders in Austria, conceding an early Ramy Bensebaini goal but unable to muster an equaliser despite boasting several talented forwards.

More effort would, however, be required to get the better of Tunisia; the Carthage Eagles enter the clash with the Super Eagles off the back of a 3-0 victory over Sudan on the same Friday night.

However, Rohr still has enough quality and experienced players at his disposal, and he may look to give playing time to those who didn’t feature against Algeria.

Moses Simon, Ahmed Musa, and Kelechi Iheanacho could start in the attacking positions to complement Cyriel Dessers, who is expected to make his debut as a direct replacement for Paul Onuachu.

Despite his excellent display against the Fennecs, Rangers centre-back Leon Balogun should make way for Leganes’ Kenneth Omeruo to start alongside Watford’s William Troost-Ekong.

Jamilu Collins is pushing for a spot at left-back despite the impressive performance of Zaidu Sanusi in the loss to Algeria. Ola Aina could get the nod ahead of Chidozie Awaziem for the right-back role.

In the goalkeeping department, Maduka Okoye enjoyed another fine outing on Friday, but Rohr could hand Dele Alampasu the gloves on Tuesday night.

Interestingly, both teams have won six of their previous 19 meetings in all competitions, while there have been seven draws. This will be their first friendly game since 1992.

The last match produce only one goal which is against Nigeria . But now the Nigerian team have learned their lesson and this will be a different game entirely .

Both teams will be using this game as valuable preparation for their return to competitive action next month, and it should be an exciting match in Austria.

It’s often a close encounter when Tunisia face Nigeria with three of the last four meetings between the two sides ending as draws.

Only once in the last six games has this fixture seen three goals or more, so we suspect goals could be at a premium on Tuesday night. Placing a bet of under 2.5 goals in this match could be the smart money.

The international friendly has been scheduled for 7:30 pm local time on Tuesday, October 13 and will be broadcast live on SuperSport, AIT, NTA and other Local stations in Nigeria

How Aubameyang played 90 minutes without a shot, Lacazette hardly touch the ball.

Chelsea vs Southampton Match preview and possible Line up and Prediction