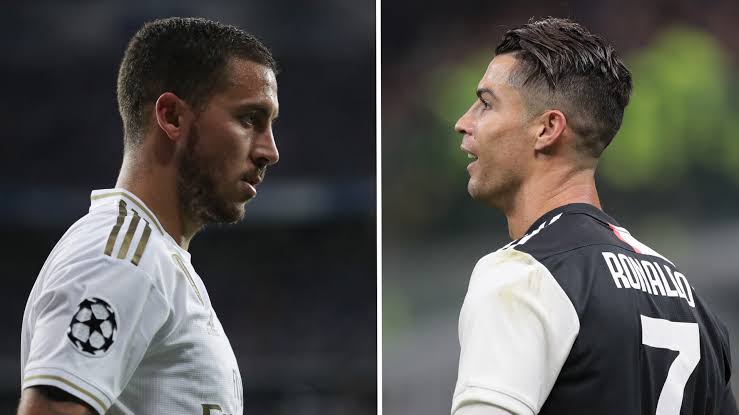 Eden hazard Played 49 premier league games more than Cristiano Ronaldo, but ronaldo Scored one goal and won one more title more than Eden Hazard. However, Hazard provided 20 more Assists in Premier League than Ronaldo. Judging from both statistics, both players have almost same statistics but it was Hazard who contributed to more goals than Cristiano ronaldo.

Manchester united benefited a lot from Cristiano ronaldo as they won Treble in 2008/09 season. While Hazard helped chelsea to win premier league titles. Between both players who do you think have the best performance in Premier league.

Related Topics:Never You Compare Cristiano Ronaldo with Eden HazardSee their Statistics While in Premier League
Up Next

Atlectico Madrid Ready to Splash Cash on This Chelsea Defender. See Who The Player Is.