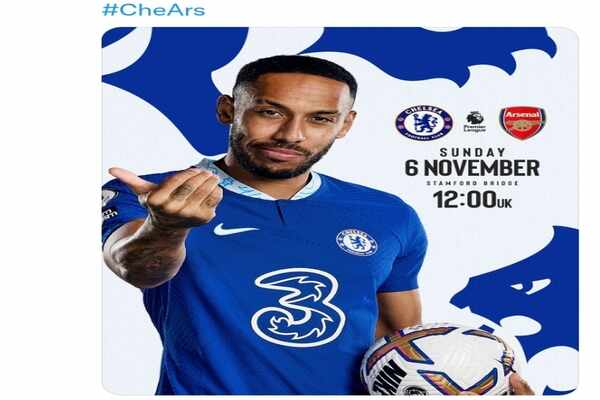 It’s the big one this Sunday, the London derby between Chelsea and Arsenal in the Premier League.

It’s an early kick off as well just to make things even spicier, with London needing to wake up that little bit earlier on a Sunday morning.

Chelsea welcome Mike Arteta’s Arsenal to Stamford Bridge, and it is the visitors who are currently sitting on top of the Premier League after some fine form this season. Chelsea have some real catching up to do, but they can start with a win on Sunday.

Graham Potter has largely started well as Blues boss, but he has stuttered a bit in the last few league games and the inconsistencies are still there.

Arsenal will be the favourites to win the game, but Arteta is still very wary about Chelsea striker Pierre Emerick Aubameyang who of course, Arsenal know very well.

As reported by Caught Offside, Arteta said: “[Aubameyang is] very dangerous. If Auba has something, it’s the ability to put the ball in the back of the net and he’s going to be doing that until the day he decides he’s bad enough of football.”

Related Topics:Mikel Arteta wary of ‘very dangerous’ Chelsea forward ahead of Sunday's Game.
Up Next