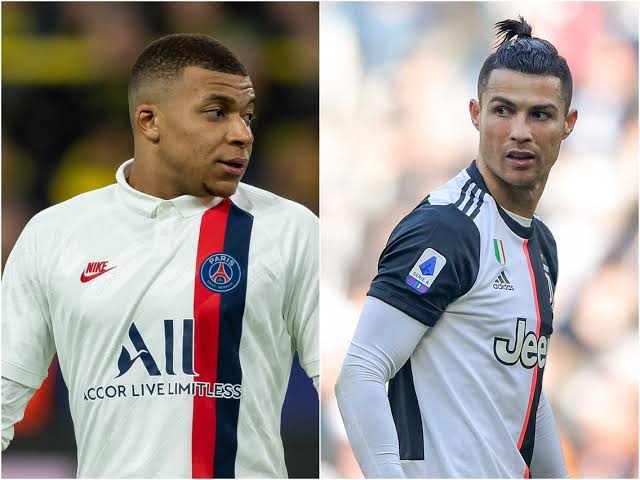 As the European elite Club Football competition which is the UEFA Champions League resumes yesterday with Liverpool traveling to take Red Bull Leipzig and Paris Saint German head on to Catalonia in Camp Nou Stadium to take on Barcelona. Liverpool took a 2-0 first leg advantage over Leipzig as Mohammed Salah and Sadio Mane goals in the Second half prove to be pivot while France International youngster Kylian Mbappe was sensational against Lionel Messi’s Barcelona as he scored a Hattrick at Camp Nou. PSG takes a 4-1 first leg advantage in the UEFA Champions League. Kylian Mbappe however explained that he learned from Cristiano Ronaldo that is why many compare him to the Greatest Player of all time. According to the PSG star, I seek to copy him, he is my idol since a very young age, his consistency makes him the best in the World and I am very happy of my achievements so far, all thanks to my Role Model Cristiano Ronaldo. The Player with most Official goals in football history, Cristiano Ronaldo however is the Role Model to many young talent in the game including Mbappe, Haaland, Joal Felix, Rashford, Oshimen, and so on.

#Mbappe, taking over from #Messi or #Ronaldo? pic.twitter.com/s7ezsS68hV Is Cristiano Ronaldo truly the greatest Footballer ever, Can we have another CR7 in the upcoming young talent. What do you think?

Related Topics:Mbappe Demonstrates What He Learned from Ronaldo As He Scored Hat-trick Against Barcelona in the UCL.
Up Next

Good News as Chelsea new Signing, Hakim Ziyech may Stay at the Bridge.