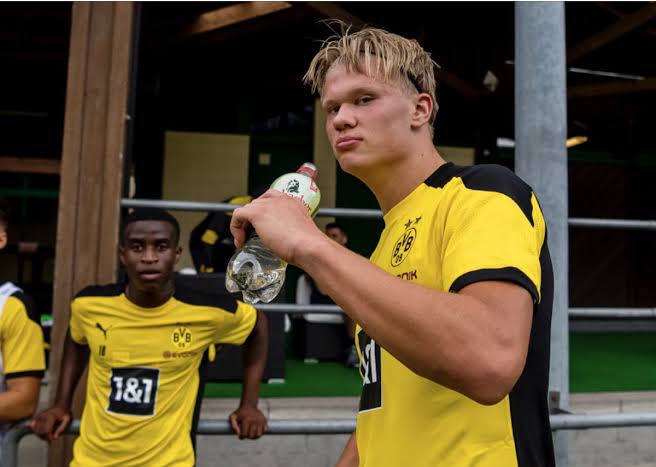 Chelsea is ready to activate the release clause of the Dortmund Striker Erling Haaland and the owner of Chelsea demand immediate signing of the lucrative striker.

Here is today’s transfer news for Chelsea FC and other outfits as at 5pm. The Norwegian and Borussia Dortmund’s sensational central striker, Erling Haaland is top of Chelsea’s transfer list for next summer according to reports from Sky Sports Italia. Erling Haaland is going to have a buy-out clause worth whopping £80million that becomes active from July next year.

The Argentina international, Emi Martinez has now kept 8 clean sheets in the English Premier League this campaign, one more than Aston Villa kept during the whole of last campaign. What a signing.

The German playmaker, Mesut Özil knows. The Arsenal FC young prospects absolutely shone yesterday. Bukayo Saka, Eddie Smith-Rowe and Gabriel Martinelli were all outstanding. Gave everything for the badge and fought for Mikel Arteta. Keep them in the squad.

Manchester City and English sensational attacking midfielder, Phil Foden is a transfer target for the Spanish Laliga side, Real Madrid, who believe they could use the opportunity of the 20-year-old’s frustration at a lack of playing time to bring him to Spain, according to the latest report from Sunday Mirror. Would this be a good move?

#CHEAVL: Timo Werner And Mendy are Absent in the Chelsea vs Aston Villa Combined