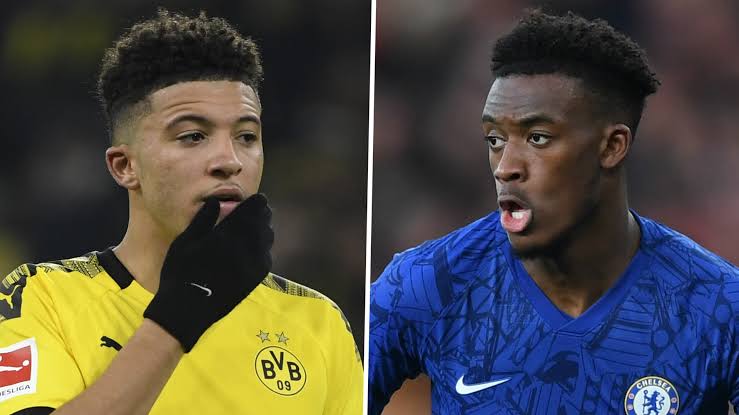 Jadon Malik Sancho is an English professional footballer who plays as a winger for German Bundesliga club Borussia Dortmund and the England national team. The market value for the English star is €100 millions and the German Bundesliga club, Borrusia Dortmund will not consider any bid less than €80 millions. Manchester United bids in the last summer window is a good example here.

Thomas Tuchel is ready to include Callum Hudson-Odoi in the transfer to lower Jadon Sancho asking price in the next summer transfer window. According to reports, Thomas Tuchel is willing to use Callum Hudson-Odoi as part exchange in any potential bids for Jadon Sancho.

Tuchel is determined to sign Sancho and Haaland when the transfer window reopens and it seems as though Chelsea would be ready to offload Hudson-Odoi, as part exchange in any blockbuster deal.

Like Loading...
Related Topics:Hudson Odoi could be on Transfer List as Tuchel Reveals plans to Go for Sancho.Latest Transfer Update: Chelsea in form Winger
Up Next

Kepa Named Former Teammate, Eden Hazard The Most Fascinating Player Ever played with, As the Star think of Return to Chelsea.