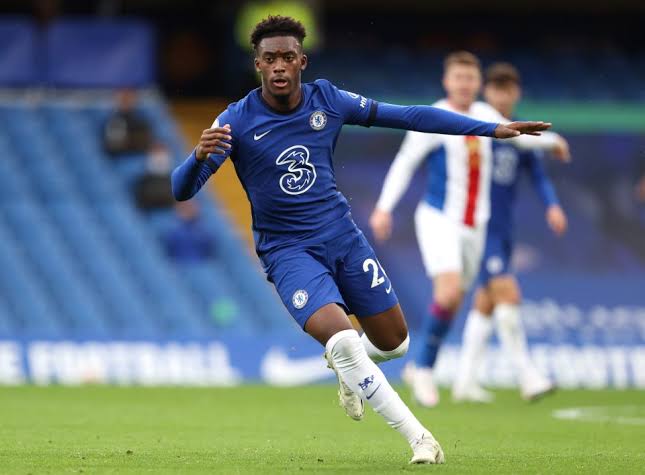 With the reopening of the winter transfer window, Bayern Munich will be looking to bolster their squad especially their attack, in view of that, the Bundesliga champions have identified interest in Chelsea’s world class winger and could announce the signing of the 20-year-old footballer.

Callum Hudson-Odoi who plays as a winger for Premier League club Chelsea and the England national team, pockets £120,000-a-week at Chelsea.

Callum Hudson-Odoi has scored two goals and provided an assist in 8 appearances for Chelsea.

However, according to a report, Bayern Munich could announce the signing of the €72m valued Chelsea footballer.

Callum is valued at the region of €72m, putting him in fifth position of most valuable footballers born on or after the year 2000.

Related Topics:Latest Transfer: Chelsea on the verge of losing one of the young prospect as Bayern Munich ready to finalize move.
Up Next