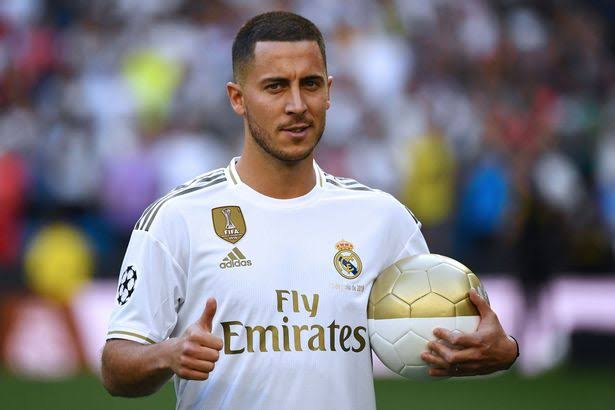 Chelsea goalkeeper, Kepa Arizabalaga has named the former Chelsea teammate he enjoyed watching the most. He claimed the current Real Madrid player was a fascinating player to watch during his time at the club as he lit up every training session with his flare and skills. Kepa Arizabalaga on Eden Hazard: “Training and playing with Eden Hazard was spectacular. In the important moments he was the one who decided. He’s happy. He is fulfilling his dream. He has had the bad luck of injuries. Sometimes it happens in football, but surely he will triumph because he has quality.” Eden Hazard made a big money move to his dream club Real Madrid 2 seasons ago. He left Chelsea after the club won the UEFA Europa League under Maurizio Sarri and led his national team to a 3rd place finish in the FIFA World Cup. But Eden Hazard has struggled to replicate his normal form since he arrived at Madrid. The Belgian has struggled with reoccurring muscle injuries that has sidelined him for a greater part of his stay at the club. Zinedine Zidane now has a big job on his hands of keeping the player fit if he has plans of getting the best out of the 30 year old forward.

Like Loading...
Related Topics:As the Star think of Return to Chelsea.Eden Hazard The Most Fascinating Player Ever played withKepa Named Former Teammate
Up Next

Do You Think Eden Hazard is a Better Premier League Player than Mohammed Salah? See What Fans Tweeted .

Latest Transfer Update: Chelsea in form Winger, Hudson Odoi could be on Transfer List as Tuchel Reveals plans to Go for Sancho.