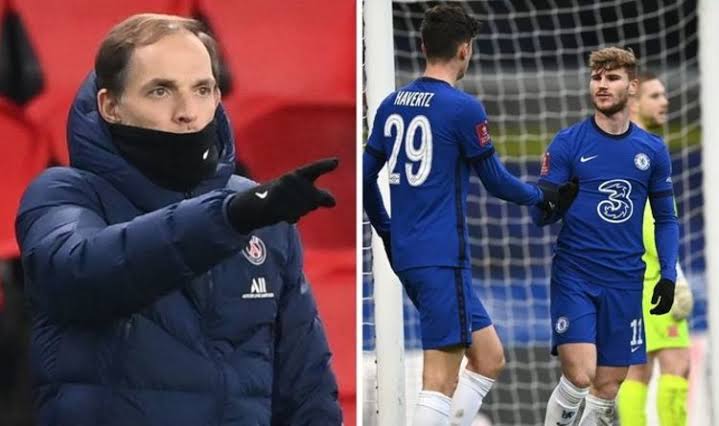 The truth of the matter is that Chelsea are on the verge of achieving something spectacular after they successfully replaced Frank Lampard with Thomas Tuchel before the damage is finally done to that Chelsea team.

The Lineup shown below shows how Thomas Tuchel could possibly revolutionize Chelsea to a team which will be seen as favorites to win titles. Eduard Mendy wil be starting in between the sticks as he has been very impressive for the blues this season. Thiago Silva and Rudiger will pairing in the heart of Chelsea’s defence alongside Reece James & Ben Chilwell. Kante, Kovacic and Joginho will be forming the midfield’s engine and although there will be no creativity, it will still pay off as they will be very efficient in stopping any attack even before it is organized. The Starting attack will be Werner Ziyech and Odoi as Pulisic have not really been in his best form since this season.

See The kits Chelsea Will Use Against Wolves as Tammy Abraham and Ziyech pose with the kit.

Former Blues Midfielder Says He Would Like To Return To Chelsea