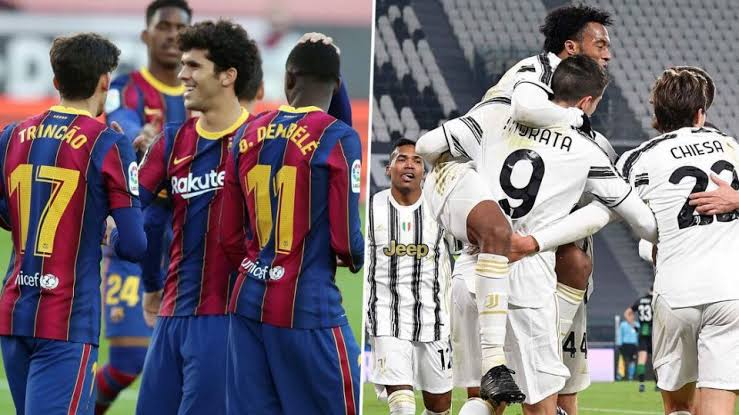 Williams scored the opening goal for Athletic Bilbao in the opening minutes of the first half, just few minutes into the first half of the match. Garcia provided the assist for Williams as he gave the hosts an early lead. Minutes later, Barcelona got the equalizer after Pedri scored a sensational goal for the visitors, Frankie de jong provided the assist as Barcelona got the equalizer. This is how the Spanish La Liga table looks like after the match. Juventus had a big victory against AC Milan in yesterday’s Serie A fixture. Impressive performance from Andrea Pirlo’s side as they closed in at the top of the Serie A table. Federico chiesa scored the opening goal for Juventus in the first half of the match from Paulo Dybala’s assist. It was a well built goal from Juventus. Calabria scored an equalizer for AC Milan minutes before the first half of the match ended. What are your views on these matches? Can Barcelona and Juventus win their league title

Related Topics:How Spanish and Italian League Tables Look Like after Barcelona and Juventus Victories.
Up Next

Weekend Fixtures, Preview and Predictions for Friday, Saturday and Sunday.