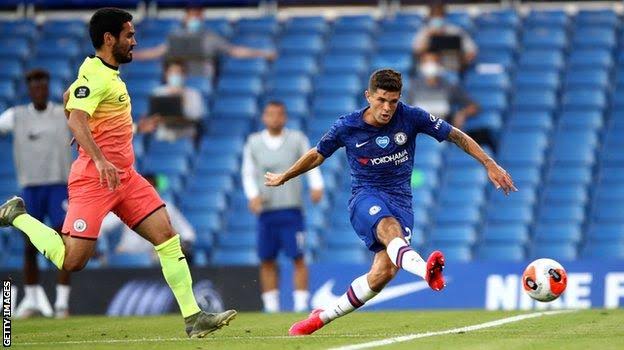 Chelsea manager Frank Lampard has given an update concerning their clash with Premier league rivals; Manchester City. The Chelsea boss made this update today being the 1st day of January, the new year day.

Frank Lampard and his Chelsea team have not been delivery well enough so far in the English premier league games played recently, they let lots of points slip off from them including in an away or a home fixture. They hope to turn things around as they take on Manchester City on Sunday.

So far, they are behind fellow league contenders such as Liverpool, Manchester United, Manchester City, Leicester City and Everton. Frank Lampard spoke about the availability of Ziyech and James, if they may or may not be selected for the super clash on Sunday.

See what Frank Lampard said about his players as they prepare to host Manchester City on the 3rd of January being Sunday; The manager also spoke about his opponents, claims he had not received any information concerning the postponement of their game against Manchester City due to the outbreak of COVID-19 noted among some Manchester City players earlier this week

Read what he said; Related Topics:How Chelsea will display against Manchester City in EPL
Up Next

Chelsea puting finishing touches to the signing of Jadon Sancho in January.