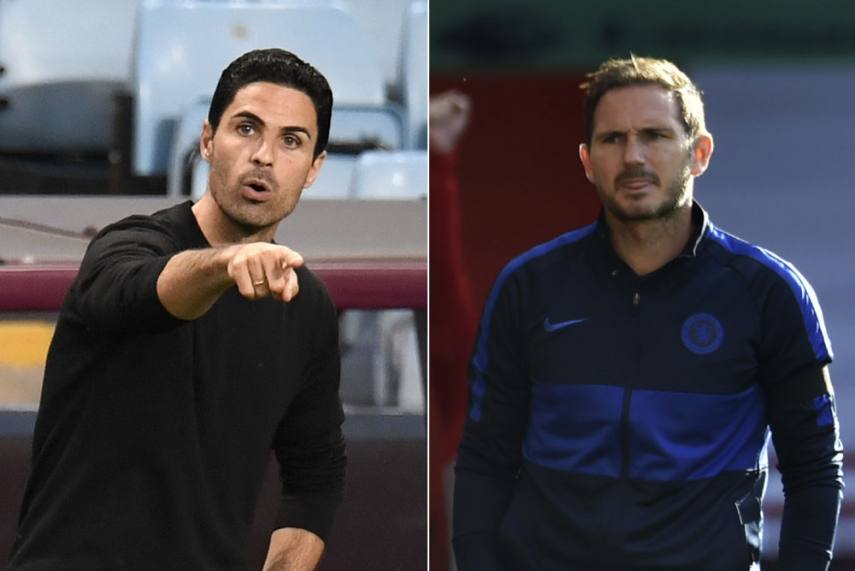 Chelsea are back in form after a win against the Hammers but their worries still remain intact. The score line of 3 goals to nil might look very convincing but Frank and his boys did struggle a bit. But as the team visits the Emirates on Boxing Day, they will look to forget all their past and get into the game with a completely new mindset. Their clash against the Gunners is one of the most awaited matches of the season.

But this time around they are not facing the Arsenal team that are well placed in top half of the table. Rather they face a team 4 points off relegation spot. Still one can never confirm a win before visiting the Emirates. Also the injury crisis for Chelsea could be fatal for them and thus will have to give their best to get a result from this clash. Here we look at how could Chelsea line-up against Arsenal:

Chelsea will be heading with their go-through formation with a back 4 and two no.8s. This could be the best bet considering they would be the attacking team and will have to open up a defense with back 5. But a switch to back 3 with two attacking wing backs with incoming of Alonso to compensate Chilwell injury cannot be ruled out either. But with the midfield fully packed with loads of talent we can see continuation with a back 4. Edouard Mendy will be undoubtedly between the sticks as the Senegalese man added another clean sheet this week in their clash against West Ham. In front of him the duo of Kurt Zouma and Thiago Silva will continue to be the force. They will also be a threat in the attacking half considering the fact both of them already have scored a lot of headers under their belt. The concern with Chelsea is at their full back positions as both their first choices in form of Reece James and Chilwell are ruled out of the Saturday clash. They do have a solid right back option in form of club captain Azpilicueta but Emerson has to be on his best game to not allow any attacking threat from his left side. With Jorginho injured, return of Kante to his favoured holding position will be seen. Up front he will have Chelsea’s unsung hero of the season Mason Mount. The competition for the other spot will be between German sensation Kai Havertz, who looks out of form and Croatian Mateo Kovacic. Although many fancy Kovacic to earn a starting spot, we fancy Kai being recalled after his rest against the Hammers. This could be his game to turn things around and prove his worth in the English football. Another German who has a point to prove is Timo Werner. But with the form Tammy and Giroud are in, it is unlikely that the German is to start up front in this game. But with Chelsea short of wing options, we could see him start on the wings along with Pulisic. Up front Tammy deserves a spot after his brace in the last game but we predict the addition of experience in form of Giroud who will love to score against his former London club. Also his physicality would be crucial to hold on the 3 center backs of Arsenal.

Chelsea Latest News: The Blues Owner ready to finalize the Capture of Dortmund Striker as Man United to square up with Chelsea.