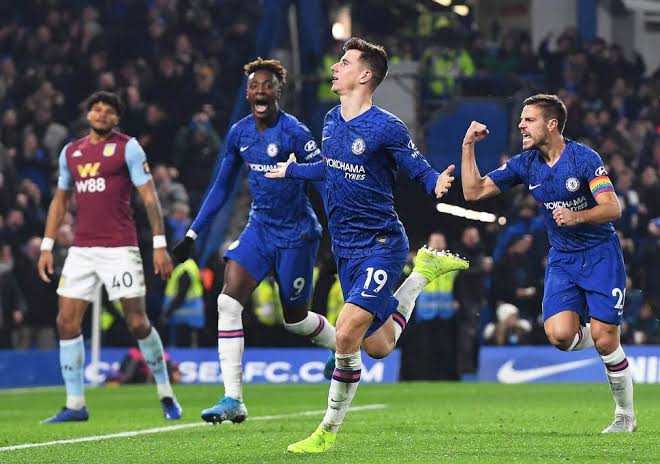 Chelsea will return to Premier League action this weekend as they take a trip to Villa Park to face Aston Villa in a match day 19 fixture on Boxing day. The Blues have endured a poor run of form recently which has seen them win just two of their last six matches, and that has seen them drop from the top of the table to third place, six points adrift Manchester City at the summit. But they will be buoyed by the fact that they’ve now managed two clean sheets in their last two games, including a 2-0 win at Brentford on Wednesday in the Carabao Cup, and will be looking to build on that when they take on Steven Gerrard’s side on Saturday. Thomas Tuchel’s side won the reverse fixture 3-0 at Stamford Bridge earlier this season, powered by a Romelu Lukaku brace and a goal and assist from Mateo Kovacic.

Tuchel will be boosted by the return of at least three first team stars ahead of Saturday’s game. The squad has been stretched thin in recent weeks due to injuries and a surge I covid-19 cases, but Romelu Lukaku will be making a return to the squad, as well as Callum Hudson-Odoi and Andreas Christensen. Lukaku and Hudson-Odoi have both returned to training after returning negative covid-19 tests, while Chris has recovered from a minor back issue.

How Chelsea could line up against Villa

The return of these three stars will provide greater depth for Tuchel in this crucial period, but I do not expect – or recommend – that they be rushed back into action, especially considering that Chelsea have another game just three days later against Brighton & Hove Albion.

That being said, expect wholesale changes from the side that beat Brentford 2-0 on Wednesday in the League cup. Edouard Mendy should return in between the sticks, with Silva, Rudiger and Chalobah forming the back three. James and Alonso start as wingbacks, with Jorginho and Kante holding down the midfield. The attack should be as it were last weekend against Wolves: Ziyech, Mount and Pulisic. Lukaku and Hudson-Odoi should be introduced later in the game to enable them game some degree of match fitness ahead of the next game, which is just three days later.

I believe with this lineup, Chelsea should be able to leave Villa Park with three points in the bag. It is essential that they do so; they simply cannot afford to lose further ground in the title race, especially considering the form title rivals Man City and Liverpool are in.

Check out Chelsea fixtures as the Blues meet Tottenham thrice in January.