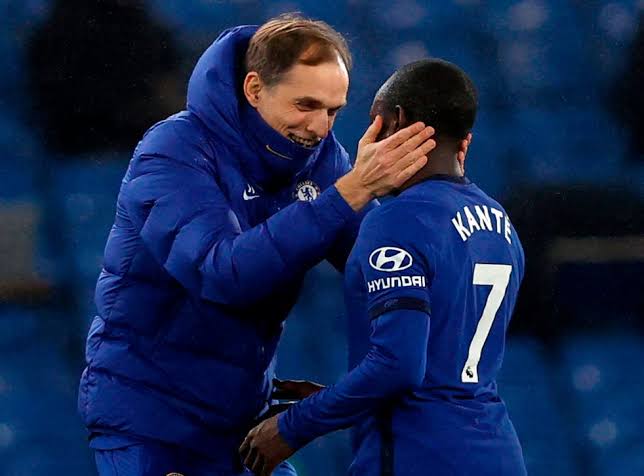 It will be an interesting match between Liverpool and Chelsea as both teams are currently fighting for the top four Position. After the likes of Leicester City, Manchester United and Aston Villa all dropped points, Chelsea and Liverpool will be hoping to capitalize on that in other to make the top four this season. With seven points above Chelsea, Thomas Tuchel’s boys will be hoping to upset Jorgen Klopp’s team and move closer to Manchester United and Leicester City.

According to news, The Blues will still be without Thiago Silver despite the fact they he has returned to full training.

Tuchel delivers the news to the fans on Wednesday night in his press conference ahead of Thursday’s game. Tammy Abraham is another player that will be missing the Liverpool game because of the ankle Injury.

Predicted 3:5:2 Line Up Against Liverpool Andreas Christensen have always been preferred ahead of Kourt Zouma who was the key to Chelsea’s defence under Frank Lampard.

The French international have not been convincing for Thomas Tuchel in training and that’s why Anthonio Rudiger, Azpilicueta and Christianseen will still start ahead of him against Liverpool.

Recce James will be hoping to start in the wing back after a disappointing performance from Hudson Odoi in thier last match against Manchester United.

Timo Werner was rested against Manchester United and will definitely be starting against Liverpool in the attacking line up.

Related Topics:How Chelsea May Line up Against Liverpool In The Week 27 Of The EPL Tonight
Up Next

Watch Video of Man United Accusing Referee for Refusing to Award Penalty Against Chelsea After A Clear Check by VAR.