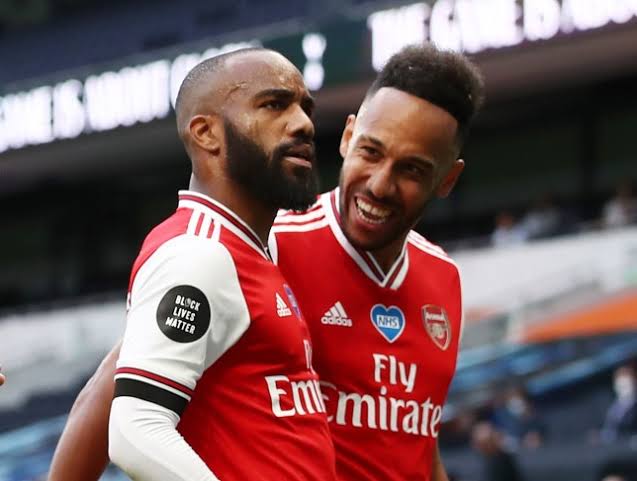 How Aubameyang played 90 minutes without having a shot at goal and Lacazette hardly touch the ball against Aston Villa.

A brace from Ollie Watkins helped Aston Villa secure a 3-0 victory over a poor Arsenal side at the Emirates Stadium on Sunday night.

The game got off to a flying start with John McGinn finding the net inside 60 seconds – only for his goal to be ruled out for offside. Soon after, Villa did take the lead with Bukayo Saka sliding Matt Targett’s dangerous cross into his own goal.

Arsenal struggled to rally and the visitors put the game beyond them thanks to a three minute double salvo from Watkins. His first was created by a fine pass from Barkley and Grealish was the architect of his second goal.

Here are your Arsenal and Villa player rating from north London…

Bernd Leno (GK) – 5/10 – Little he could do about the goals. Still, he conceded three which is never good.

Rob Holding (CB) – 5/10 – Missed a golden chance in the second half. Torn apart by Grealish.

Kieran Tierney (CB) – 6/10 – Offered more than Saka did down the left hand side, swinging in some dangerous crosses.

Hector Bellerin (RWB) – 5/10 – Lots of crosses and pushed forward regularly in the first half. Defensively, Grealish embarrassed him.

Thomas Partey (CM) – 6/10 – Only lasted 45 minutes after presumably picking up a knock. Losing him was a big blow.

Mohammed Elneny (CM) – 5/10 – Hustled and bustled but poor in possession.

Bukayo Saka (LWB) – 4/10 – Own goal was due to his lack of defensive awareness. One of his more disappointing performances in an Arsenal shirt.

Willian (RW) – 5/10 – Made a real hash of several half chances before being taken off after an hour.

Alexandre Lacazette (ST) – 4/10 – Was starved of service and barely touched the ball. Four game without a goal now.

Dani Ceballos – 5/10 – Was brought on to try and create something. Created nothing.

Eddie Nketiah – 5/10 – One of the Gunners better attackers which is not saying much.

Nicolas Pepe – 6/10 – Added some invention to the Gunners attack after coming on.

Emiliano Martinez (GK) – 7/10 – A great return to his former club. He made a pair of solid saves but was mostly untroubled.

Ezri Konsa (CB) – 8/10 – A fine display. He particularly thrived when his side were under the cosh in the second half.

Douglas Luiz (CM) – 8/10 – Offered protection at the base of midfield. Made a couple of good interceptions and sprayed a great pass to Barkley for Watkins’ goal.

Ross Barkley (AM) – 9/10 – Incredible reverse pass led to the opening goal, while his first time vollied effort led to the second. A pleasure to watch.

Trezeguet (RW) – 7/10 – Great run to the back post for the opening goal. He was also a pressing machine making four tackles in the first half.

Jack Grealish (LW) – 9/10 – Looked a class above at times. Linked up well with Barkley in particular. Comical that he hasn’t played more games for England.