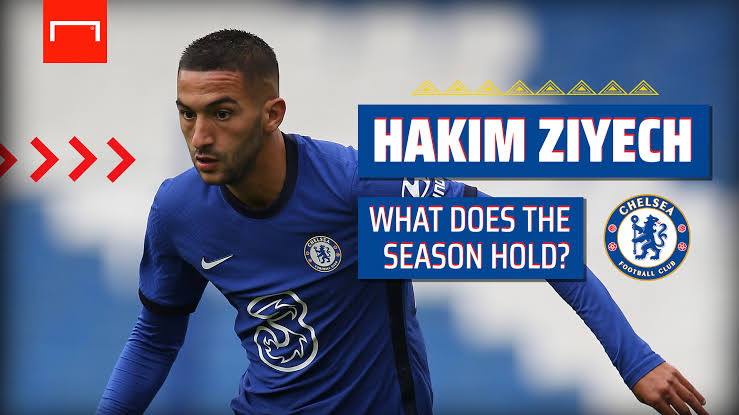 The current Chelsea squad has witness a turn around in the ongoing premier league due to the performance of their new recruits. Who among the new player would you consider as the best performing player.

No doubt, all of them have been so spectacular and that make it a little bit difficult to choose anyone as the best performing player .

Looking at the Club presently every Chelsea players are billing up to expectation as compared to last season.

Do you think Hakim Ziyech or Timo Werner is the best signing or Edward Mendy? Compared to the previous campaign, Frank Lampard’s Chelsea has realistically improved this season, with a huge credit going to their 6 summer acquisitions. The blues were the biggest spenders in the summer transfer window, splashing out well over 200 milion pounds on new signings at the club.

Such has seen them improve no doubt, and are currently third on the log, two points shy off Spurs and Liverpool, with a home game against first placed Spurs over the weekend. While the new signings have no doubt had a big impact on the team, it is still difficult to tell who really had a bigger impact in terms of Chelsea’s overall improvement this season.

I will thus be having a look at the 6 new signings. The goal keeping section has been one that had been problematic for the blues before Mendy arrived from Rennes.

Since joining, he has no doubt helped improve not just the defense but the team in general, as he oozes enough confidence in goal for Chelsea this season. Signed from Psg on a free transfer, the veteran defender is doubt a contender for the signing of the summer, due to the impact he has had on this Chelsea team.

Thiago Silva has helped stabilize a very shaky Chelsea defense, as they looked more coordinated than before, keeping cleansheets for fun. The left back joined the blues from Leciester City in the summer for 50 milion pounds, and has gone on to make the position his.

Chilwell has no doubt helped solve the left back dilemma at Chelsea currently, with the likes of Alonso and Emerson now seen as back up options.

His defending and forward link up play has been excellent since his arrival, making Chelsea’s left flank formidable, and will even get better once Pulisic returns. The German was Chelsea’s highest transfer of the summer, as he joined from Bundesliga club Bayern Leverkusen.

He has no doubt added extra creativity and flair into a Chelsea midfield which lacked such qualities last season, and this is evident in their goal scoring record across all competitions. Call him the creator in cheif at Chelsea and you wouldn’t be far from it. The Moroccan Ziyech, has had a huge impact on the Chelsea team since his arrival from Ajax.

The blues who lacked creativity last season, have really stepped up this season, with Ziyech being the main man to look up to in terms of making things happen. Chelsea quite scored a number of goals last season with Giroud and Tammy Abraham up front, but the arrival of Timo Werner during the summer has given Chelsea’s attack a new dimension.

He is currently Chelsea’s top scorer in all competition, and certainly looks like the main man to get the goals for the blues this season.

Now, spare me the dilemma I find myself in chosing be the best signing and performing player this season

Related Topics:Hakim ZiyechTimo Werner and Mendy: Who should be considered as the best signing this season.
Up Next

Can Chelsea Target, Erling Haaland Win The Top Scorer In The Champions League.