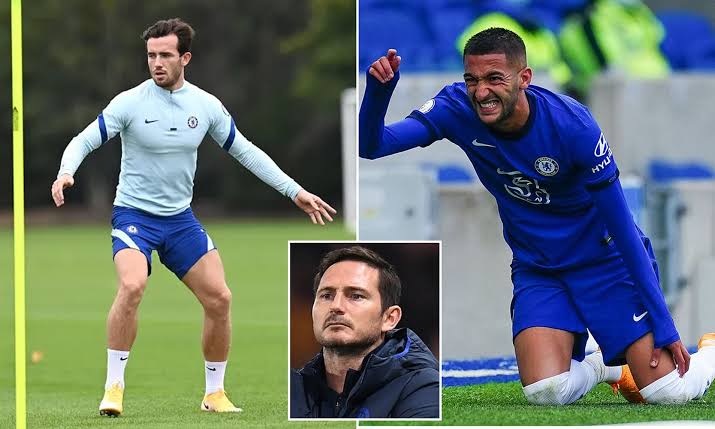 The former Leicester City football club of England star was among the players that lose against Mikel Arteta led Gunners on Saturday, and he was still given another starting role by coach Frank Lampard, and he was able to impress against the In-form Aston Villa, as he provided a beautiful assist for Olivier Giroud who scored the club’s only goal in the first half. Frank Lampard led team started on a high note, as former Arsenal star Olivier Giroud put the home team ahead in the first half through an assist from Ben Chilwell, before El-Ghazi equalized early in second half to share the point 1-1 at Stamford Bridge. Reacting to the draw against Aston Villa, Ben Chilwell posted on his verified Instagram handle that; Chelsea football club will now be looking forward to bouncing back from their recent poor performances in their next game this weekend.

Like Loading...
Related Topics:Hakim Ziyech reacts to Ben Chiwell Comments after Chelsea Draw with Aston Villa
Up Next

Lionel Messi finally reveals his next Destination After Barcelona, See the League He Mentioned.