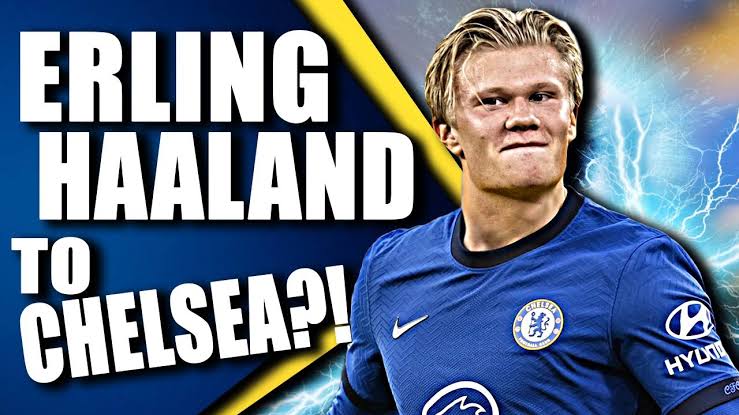 Chelsea are willing to break their club record to try and land Erling Haaland from Borussia Dortmund in the summer, according to The Athletic.

Fleetwood Town are pleased to announce Cian Hayes has signed his first professional contract with the club. The 17-year-old made his first-team debut last season and has since played featured in the side’s 3-0 win over Aston Villa in the Papa John’s Trophy in October.

Hayes has been performing in Town Under 18s this season and has put pen-to-paper on a deal until the end of the 2022/23 season.

Jack Wilshere has agreed a six-month contract with Bournemouth as the midfielder looks to reignite his career in the Championship. The 29-year-old has been training with Bournemouth where he spent the 2016-17 season on loan from Arsenal, since last month. Wilshere had his contract at West Ham terminated in October after making nine starts in two and a half years. Haaland is one of the most sought after players in the world currently, with the likes of Manchester United, Manchester City and Real Madrid interested in acquiring him.

The 20-year-old striker has a release clause of €75m in his contract with Borussia Dortmund, but it does not become active until the end of the 2021/22 season.

The London-based club are even prepared to break their club record, which saw them land Kai Havertz for a fee that could rise £80m, to sign Haaland at the end of the season.

Inter are one of seven clubs to have registered an interest in signing Manchester United midfielder Jesse Lingard, according to a report from a US broadcaster today. ESPN state that Inter, along with Marseille, Porto, Nice, Tottenham Hotspur, Sheffield United and West Ham United have all shown signs they would be interested in a deal for the 28-year-old.

Solskjaer is sympathetic to Lingard’s situation but wishes to keep the former Birmingham City loanee at the club as he prepares for a busy second half of the season, with United currently top of the Premier League after 18 games

Lingard has made three appearances in all competitions this season, all of which have come in the EFL Cup and FA Cup.

Italian website CalcioMercato have claimed that Mauricio Pochettino and his Paris Saint-Germain side are one of three clubs interested in raiding Arsenal for right-back Hector Bellerin, in the summer. Bellerin, 25, has been first choice for Arsenal this season under Mikel Arteta, starting 16 of the club’s 18 Premier League matches and even captaining The Gunners during a 3-1 win over Chelsea recently.

The Mirror’s report claims Barcelona want to sign Bellerin for £22million. Should the Gunners sell Bellerin, they would have to spend a whole lot more to get a right-back that is as good as Bellerin – perhaps even double.

Not only that, but Bellerin offers leadership to Arsenal. He knows the club inside out, it would be removing a big presence in the dressing room, a player that has played 223 times for the North London side. He must be kept.other Like Loading...
Related Topics:Good News for Chelsea as the Blues Board Could Break Bank For the Signing of HaalandOther Related Transfers Concerning Other Clubs
Up Next