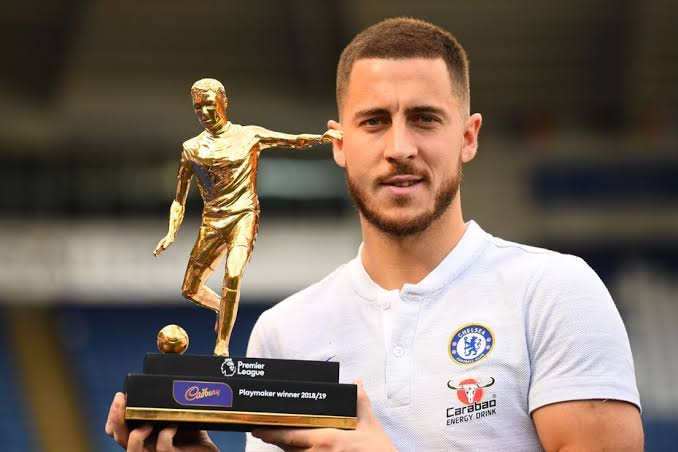 The Belgium international playmaker Eden Hazard now has a total of 100 Man Of The Match awards in his career.

However, it will be tremendous to note that It’s Only Lionel Messi and Cristiano Ronaldo have more since the 2009/10 season.

In 63 minutes of the match against Deportivo Alaves, the Belgian created impact. According to statistics, he has a total of 1 goal, 1 assist, 100% dribble success, 100% long ball accuracy, 4/5 ground duels won, this is to show that the playmaker is back.

Eden Hazard has scored his first LaLiga goal since the end of October. His second league goal of the campaign on a rare start for Real Madrid.

Hazard is at an all-time low but yet the entirity of Football seems to be celebrating, deep down everyone loves this man due to his ability and competency.

I don’t like bringing up comparison of the players but I do think Hazard has had somewhat of a Ronaldinho effect on modern football fans. He makes the entire fans fall in love with the way he plays his games. Always playing with a smile. Be in outrageous at the same time effective.

Frank Lampard Pleads To Fans To Be Patient with Werner After Attempting to Tear Chelsea Jersey.