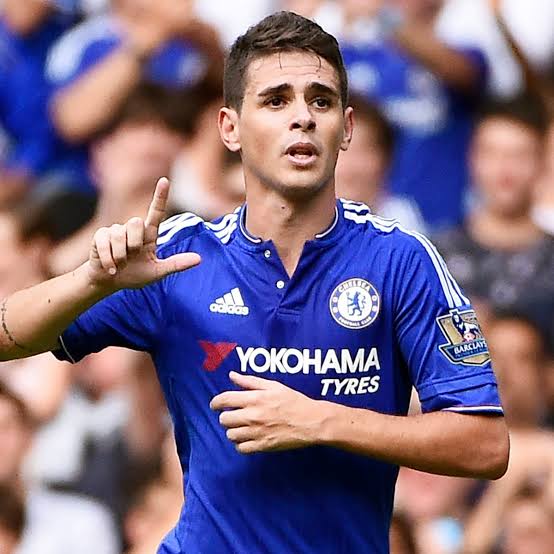 Former Chelsea player Oscar has revealed that he would like be to return to Chelsea to end his career.

The Brazilian has been left Chelsea to join Shanghai SIPG in 2016. Oscar played for Chelsea for five years in which he won two EPL titles, Europa League and Carling cup. In his first season, he won Chelsea’s goal of the season for his wonderful strike against Juventus in the champions league.

The Brazilian has a reputation for his lion heart as he was in the same team as Kelvin de Bruyne and Mo Salah but he came out as a starter while the remaining two couldn’t make it in the team. Oscar played under five coaches during his Chelsea career but he said the best he worked under was Jose Mourinho. He was quoted saying Mourinho believed in him, gave him confidence and made him better by giving him pressure to succeed.

He left Chelsea in 2016 when Shanghai SIPG came calling and he said he was tempted by the offer, saying he came from a social background and he needs money to help his family who were very poor.

How Tuchel Will Combine Ziyech & Hudson-Odoi Without Jeopardizing Giroud & Mount

Chelsea Latest: Tuchel Set to Reunite With Dortmund Star at Chelsea While Offloading Key Players to Fund for Move