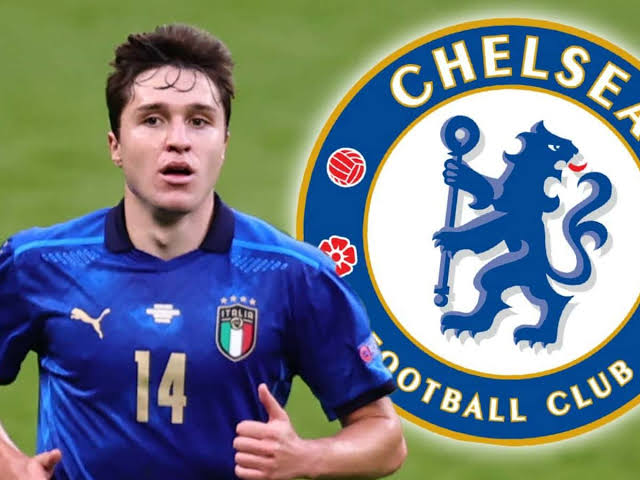 It is observe that Federico Chiesa move to Liverpool on £60M deal have been rejected ahead of Chelsea Link as Tuchel ready to submit bid in January.

Federico Chiesa was reportedly close to signing for Liverpool in the summer of 2020 before securing a two-year loan move to Juventus.

The 24-year-old, who has also been linked with a move to Chelsea, is one of European football’s most exciting talents and was an integral part of the Italy side that won the Euros.

Chiesa has scored 17 goals in 59 appearances for Juve since arriving on loan from Fiorentina, the deal reportedly includes an obligation to buy clause at the end of the season.

However, the Italy winger could have joined Jurgen Klopp’s side in 2020, according to reports

According to Italian journalist Niccolo Ceccarini, Fiorentina agreed a deal with the Reds for Chiesa’s services, but a deal to take him go Anfield collapsed because it was his dream to play for Juve.

“Fiorentina had reached an agreement with Liverpool for £59.7m, but the negotiations did not go through due to the boy’s desire to go to Juventus,” Ceccarini told Viola News.

Chiesa is currently out with a thigh injury but continues to be linked with a move to the Premier League, and in particular to Stamford Bridge

Good News as Chelsea to Trigger the Release clauses of Both Eden Hazard’and West Ham Striker, Antonio in January.

Chelsea Willing to Add One of These Two Prolific Wingers To Their Squad in January. Find Out Who They Are