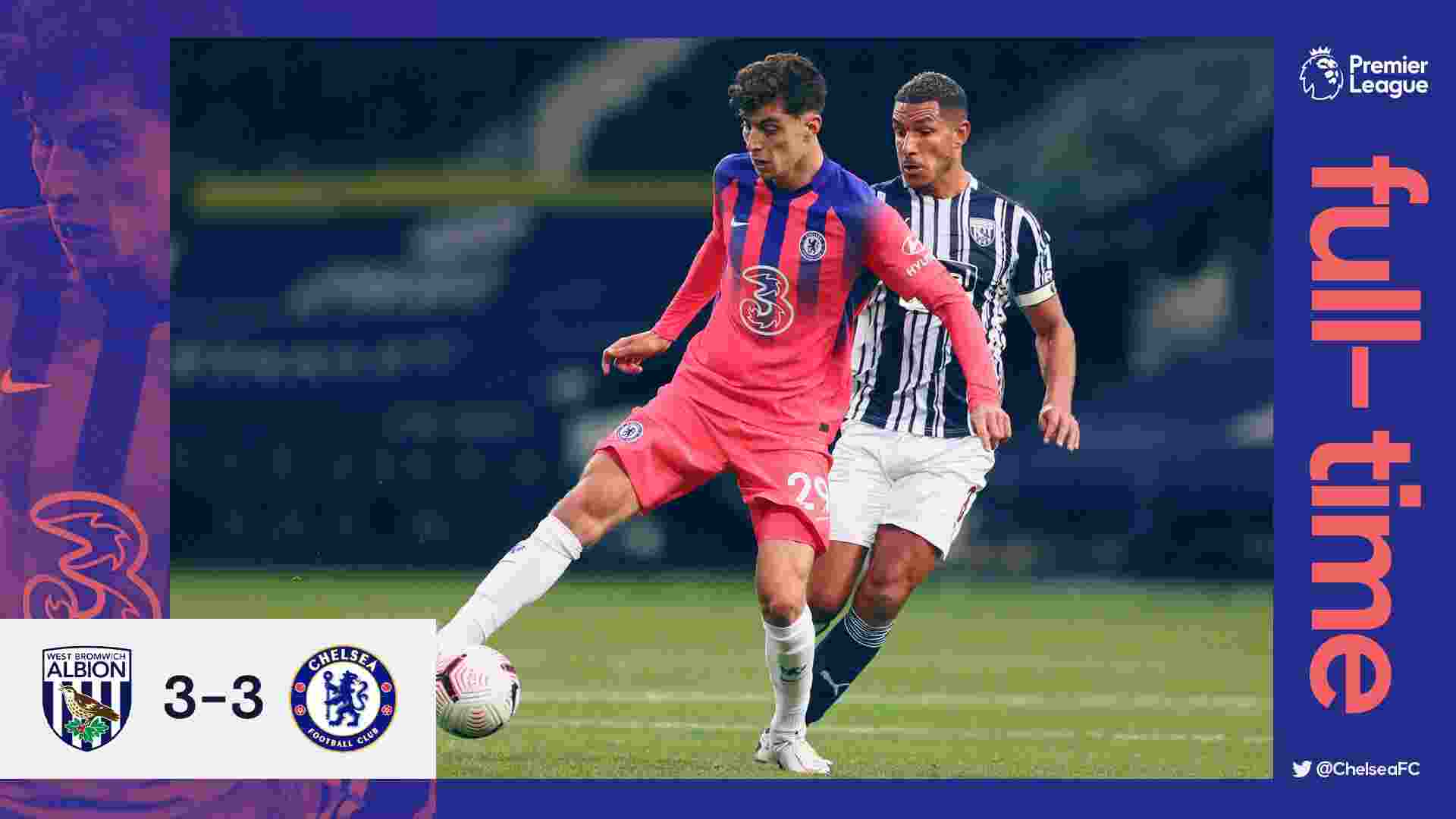 Comeback from 3-0 down are one of the rarest sights in football. And we almost had it today, with the Blues making it 3-3 against West Bromwich in their Premier League encounter at the Hawthorns after falling three goals behind the hosts in the first half of the match.

Chelsea’s start was far from proper. A bad header from Marcos Alonso in our defensive third was picked up by West Bromwich’s Matheus Pereira, with a marauding Callum Robinson marching right next to him. The Brazilian assisted the Englishman turned Irish international for the opener, finding the left side of Wilfredo Caballero’s goal with his shot.

The Blues tried to make up for it, although our strikers did not have the best bit of luck in their first attempts. Tammy Abraham’s first chance was sent above the crossbar, whereas Timo Werner’s opportunity at least managed to hit the thing — but not the back of the net.

But the work was cut short by a mistake from… Thiago Silva. Yes, the Monster had an Oopsie.

Today’s captain and Premier League debutant gave the ball away right in front of Callum Robinson, after catching a pass under heavy pressure from the striker himself. There was not much Caballero, the lone man between the attacker and the goal, could do.

And who would have thought, set pieces are still dangerous for the Blues! This time it was centre-back Kyle Bartley, with all time and space in the world to simply push the ball into Caballero’s net.

Any team after falling 3-0 behind in the first half would have its confidence. That is exactly what happened with the Blues at the Hawthorns, as our efforts at their goal from that point up until the end of the first half were a mix of “meh” and “bruh”.

The introduction of César Azpilicueta and Callum Hudson-Odoi to the pitch, coupled with a (presumably) stern talk from manager Frank Lampard, yielded quick results. Azpilicueta’s pass from the left flank to Mason Mount turned into a long-range attempt, with goalkeeper Sam Johnstone simply lost on what he was supposed to do since he had no vision of what was going on right in front of him.

Chelsea’s second would come in 15 minutes after. Good combination between Timo Werner, Kai Havertz and goalscorer Callum Hudson-Odoi gave the Blues what looked like a fighting chance.

While we did not complete the comeback, the draw was achieved in the last minutes of the game. Tammy Abraham, with a good chance in the box from a corner scramble, clinched the draw for the Blues who run out of the Hawthorns with a point in hand after overcoming such a big lead by the hosts.