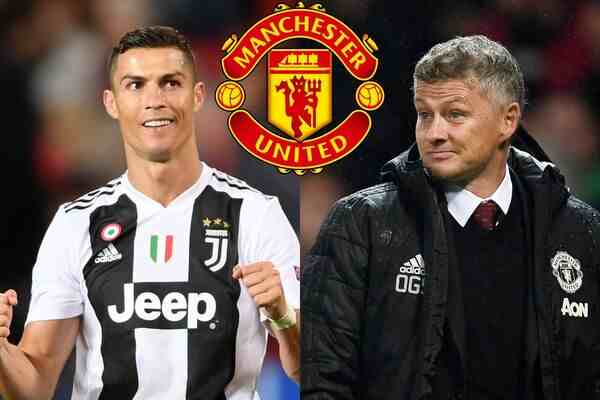 Cristiano Ronaldo has made a switch back home at Old Trafford in Manchester. He has promised to return to the Manchester United fold where he first win awards.

Ronaldo has finally returned to Premier league but not to Manchester City as has been rumored for the past few days but back to Manchester United. United got their man for a fee which is understood to be around €15m, plus €8m in add-ons. The five time Balon d’or winner just signed for Manchester United this evening as Pep Guardiola and Manchester City drop their interest in signing him. The Manchester based club only made a move to resign today after the news got to them that Ronaldo wants to leave Juventus and Manchester City are no longer interested in buying after gaffer Pep Guardiola said in his news conference that he is happy with his squad. He’s joining ex Real Madrid team mate Varane, Jadon Sancho, Tom Heaton as signings for this season. It’s also been rumored that influential midfielder Bruno Fernandes was in constant talk with Manchester united board to buy back the former Real Madrid player

Heart Breaking: William Walk Out Of Arsenal, Regret Leaving Chelsea As He Terminates His Arsenal Contract