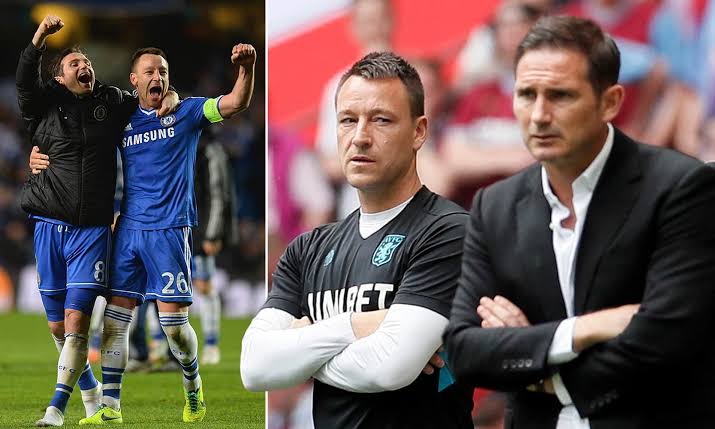 Frank Lampard has been facing a lot of criticism from Chelsea fans worldwide and after the 2-0 loss to Leicester City on Tuesday night, a fan has suggested that the Legendary Chelsea defender, John Terry should replace Frank Lampard as the manager of the team. After results from the last 5 games, Frank Lampard and Chelsea players are being criticized heavily around the world. Players like Kai Havertz, Hakim Ziyech, Timo Werner who recently signed for the club have been criticized for their poor performance. Chelsea was once tipped to be contenders for the English Premier League trophy but they currently sit 8th on the table. The club’s manager, Frank Lampard has been criticized for the poor display from Chelsea players and fans are now calling for him to be sacked. After the angry fan made the suggestion, other fans started reacting and here are some reactions Do you think Lampard should be given time? Related Topics:Fans Opts for John Terry as a Direct Replacement for Frank Lampard. See Reactions.
Up Next

Michael Ballack arises Chelsea on what to do with Kai Havertz