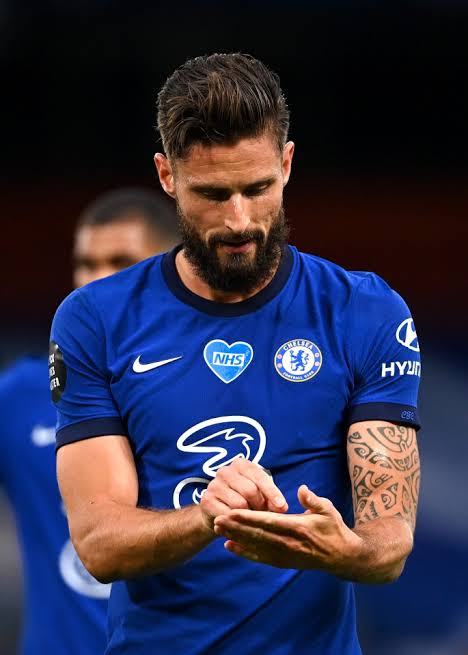 The blues’ are back in action on Saturday against the toffees, Everton. The game is going to be exciting and glamorous and that the blues need absolute a win. It is going to be a match with high expectations.

Fans asked if Chelsea star Oliver Giroud is good to start against Everton? Chelsea made it through to the last 16 of the UEFA Champions League following their 2-1 win over Stade Rennes on matchday 3, before dismantling Sevilla 4-0 courtesy of Olivier Giroud’s perfect super hat trick, to finish top of the group E. Frank Lampard and his men will battle Carlo Ancelotti’s Everton in search of their 7 premier league win of the 2020/21 season. The Blues’ currently sitting 3rd on the PL log with 22 points from 11 league outings. Win 6, Drawn 4 and lost 1. Carlo Ancelotti’s Everton also have been impressive in the 2020/21 PL campaign, winning 5 and currently seated 9th with 17 points.

Ahead of the game, Chelsea fans are already making the rounds of who to feature in the clash. On Tuesday, lots of Chelsea fans on Twitter are rooting for the head coach Frank Lampard to start the inform Frenchman, Olivier Giroud.

Oli has been frozen out of the squad for most part of the season, drawing lots of speculations to his time at Stamford Bridge, which was certain of coming to an end in the next transfer window. The Frenchman was substituted for his first UCL action of the 2020/21 campaign, and showed his class once again. With the game 1 all draw at the stroke of 90 minutes, the 34-year-old headed home a much needed goal to snap the winner and secured qualifications for Chelsea into the next phase of the competition, the knockout stages. One week later, the Frenchman broke UCL record after netting 4 past Sevilla to claim top spot for Chelsea in group E. Days later, he scored against Leeds United to bring the game back level following Patrick Bamford’s early strike at the Bridge. Goals from Zouma and the returning Christian Pulisic sealed the three points for the Blues’ against Marcelo Biesla’s newly promoted Leeds.

What’s your mind guys?? Should Giroud start for us again come Saturday??.

The top of the table is once again in sight for Frank Lampard and his Blues’. Check the reactions from fans below: Related Topics:Fans Ask If Oliver Giroud Good Enough To Start This Weekend Game.
Up Next

The Round of 16 Qualifier, Top Scorers in Group Stages and Where and When Round 16 Draws.